Here is a really odd one that doesn't appear to have been in production very long. A new name for the database with a movement dated 1954 and no date stamp on the case. Case is marked "Bulova Watch Company, Inc." on the outside and "RP Germany" on the inside. Dial is a silver sunburst, like a Bulova 23 with numbers at the even markers and spears at the odd ones. Lume dots at markers with silver hands. Second hand is blued steel.

I found one ad for this one dated 1955 and it appears in the 1955-57 Line book with a notation next to it in pen "1955" and the description is overstamped "discontinued". I found the name as a patent / copyright application dated March 1953. It would appear this one was only produced approx. 1 year.

It appears that there were several models produced in this shape in 1954/55; multiple variants (A & B confirmed) of a Ladies watch called "Mermaid" as well as this one and a second Men's called "Mastermatic" that had a different dial and was sold on a leather strap. All of them seem to appear in 1954 and disappear in 1955. 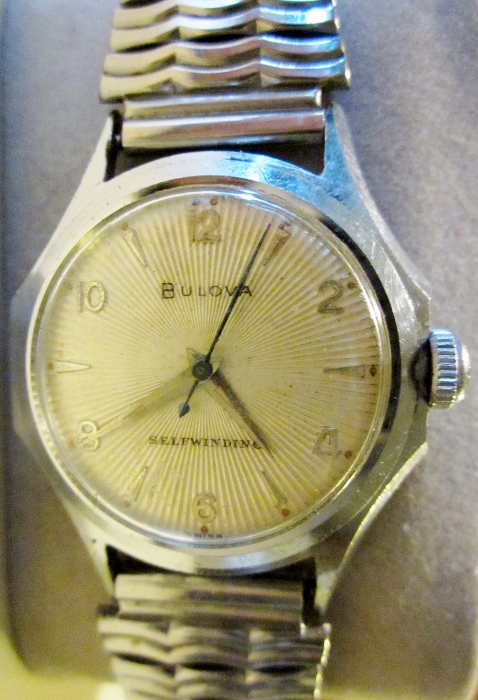 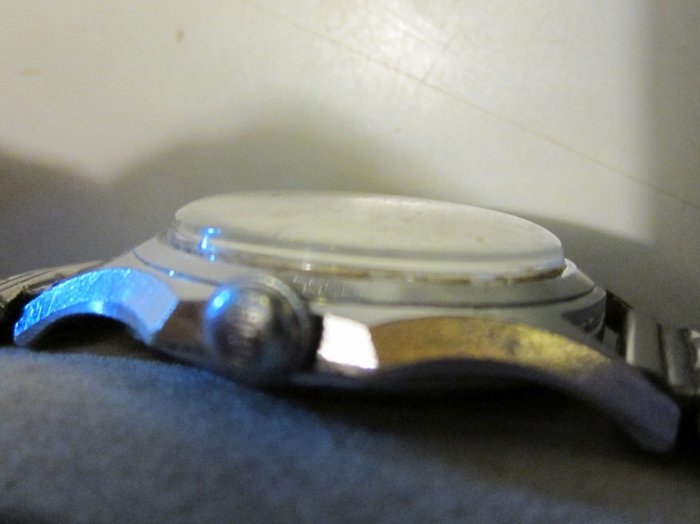 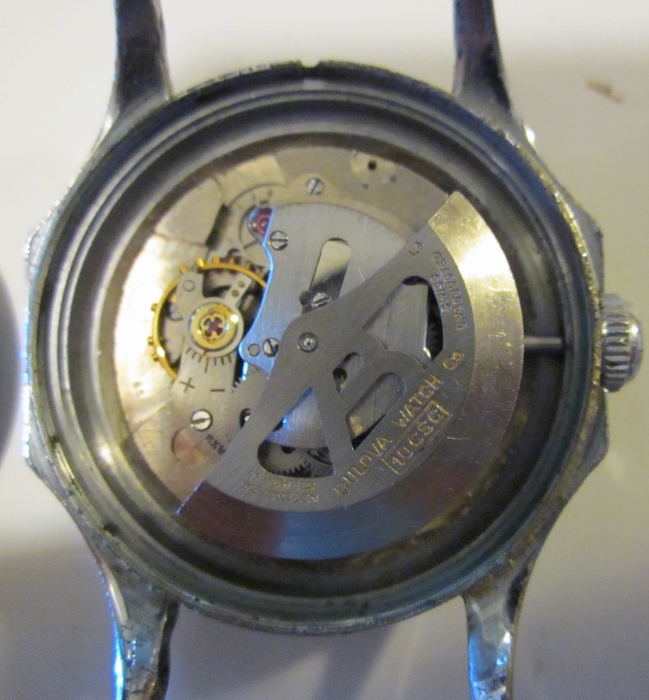 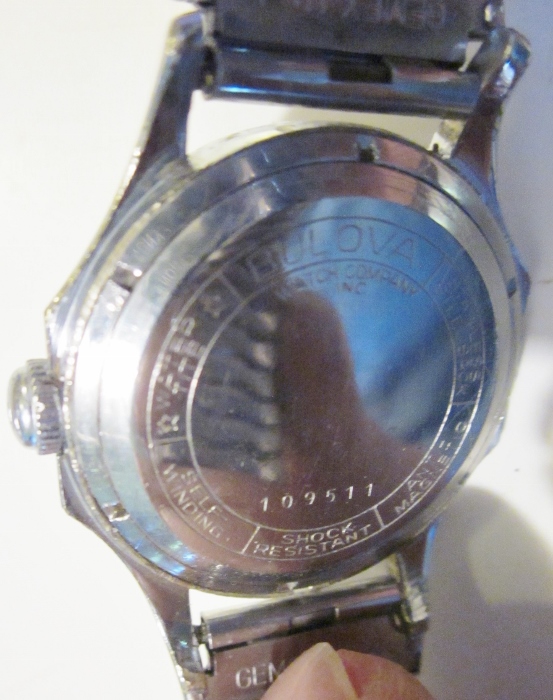 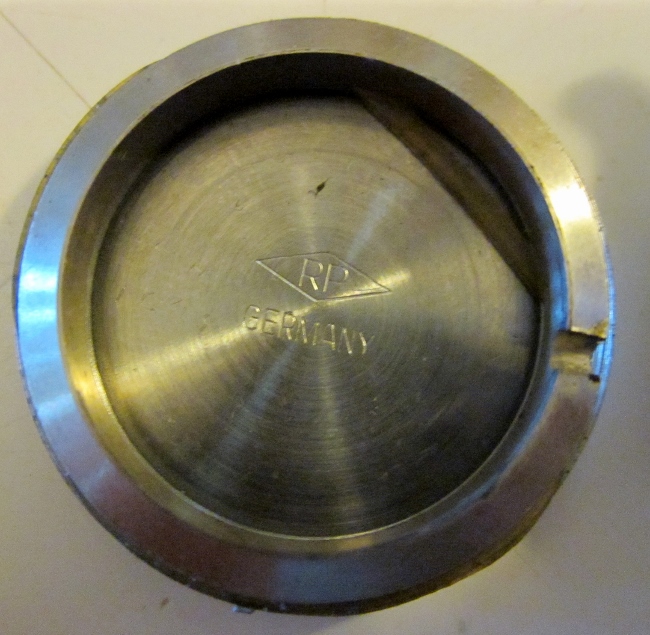 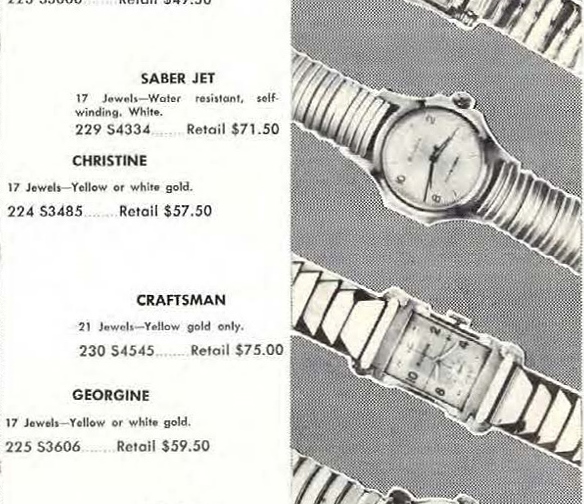 Point of interest; of the 2 other models mentioned above, there is a single example of the Mermaid here. It is a miniature version of this Saber Jet minus the sunburst dial, bearing identical case markings.

Wow, nice find Bob, do you remember which line book you found it in?  1954 Bulova Saber Jet

Thanks Geoff, I was pretty excited to find this one.

A real rare one.  We only found the first ad last November so glad to finally be able to see the actual watch.  ]

Nice example of the Saber Jet