The business dates back to 1875, when Joseph Bulova, established a business for the manufacturing of fine jewelry in the City of New York. In 1911, the business was incorporated under the laws of New York State, as the J. Bulova Company, with a capital of $50,000. Thereafter, the business of the Company became almost exclusively the manufacture and sale of fine watches. The capital was increased to $1,000,000 in 1923, and the present name of the Company was adopted, at which time the Company’s sales became exclusively that of fine jewelled watches. 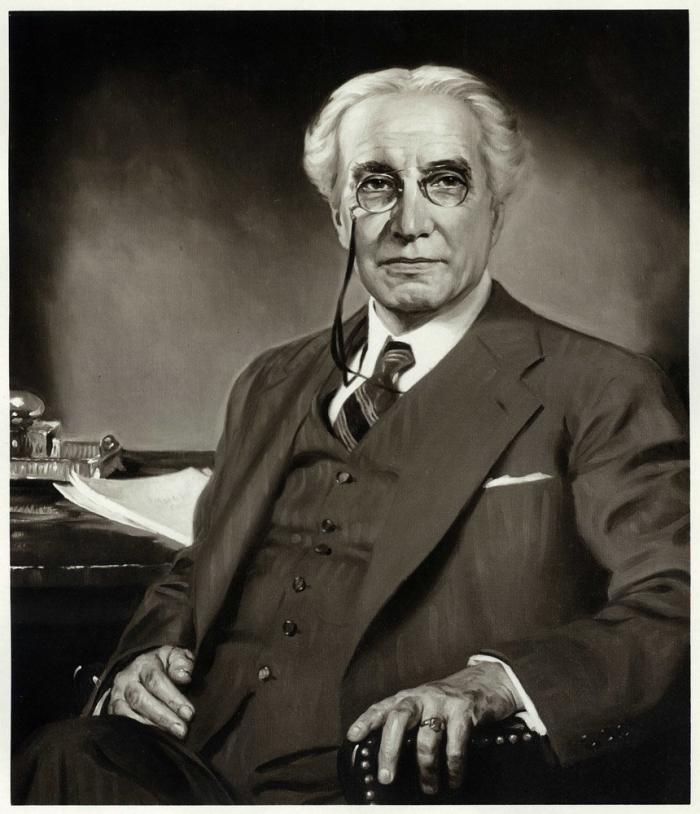 Bulova begins manufacturing and selling boudoir and table clocks as well as fine pocket watches. These pieces are sold in unprecedented numbers.

Bulova sets up its first plant dedicated to the production of watch components and their assembly into jeweled movements in Bienne, Switzerland.

During World War I, the convenience of wristwatches (as opposed to pocket watches) is discovered. Bulova sells some of the first mens 'wristwatches' in America, featuring high grade Swiss movements.

The name Bulova Watch Company, Inc. is adopted. Bulova perfects a new concept in the watch industry with total standardization of parts. Every part of a Bulova watch is made with such precision (standardized to the ten thousandth part of an inch) that it is interchangeable with the same part in any other Bulova watch. This revolutionizes the servicing of watches.

Bulova unveils the first full line of men's wristwatches. In the same year, President Calvin Coolidge presents a Bulova watch to Stanley "Bucky" Harris player-manager of the World Series-winning Washington Senators. Bulova designs a new watch in honor of the occasion and names it the "President."

Arde Bulova, Joseph’s son, offers a prize of $1,000 to the pilot who first succeeds in a nonstop flight across the Atlantic. In honor of Charles Lindbergh's transatlantic solo flight from New York to Paris, Bulova ships 5,000 Lone Eagle watches, packaged with pictures of Lindbergh. The supply, which is available the day after the landing, is sold out within three days. During the next few years Bulova sells nearly 50,000 of these commemorative watches. Also in 1927, Bulova Watch Company goes public on the American Stock Exchange, and Bulova Canada is established.

Bulova Watch Company, Inc. moves to 580 Fifth Avenue and builds the Bulova Observatory on top of the building for the taking of sidereal time. This is the first Observatory ever built atop a skyscraper. The Observatory is under the direction of a mathematician whose readings are electrically recorded, instantaneously, on a chronograph hundreds of feet below the observatory, guiding the Bulova watchmakers in the Setting and Timing unit of the Company.

Bulova engineers and patents a new principle in the construction of automobile clocks.

Bulova begins manufacturing the first electric clocks. The collection includes wall and mantel clocks, and clocks for use in stores, windows, office buildings, train stations and airports. Also, Bulova becomes the first watch manufacturer to spend more than $1 million a year on advertising. Throughout the Depression years, Bulova supports retailers by offering Bulova watches to buyers on time-payment plans.

Bulova is a sponsor for all of the top 20 radio shows, including Charley McCarthy, Jack Benny, Fibber McGee and Molly and Major Bowes Amateur Hour.

Continuing its tradition of advertising firsts, Bulova airs the first television commercial: a simple picture of a clock and a map of the United States, with a voice-over proclaiming, "America runs on Bulova time." The 20-second spot costs $9. 1941 also marks the year that the Bulova Board of Directors, chaired by Joseph’s son, Ardé Bulova, adopts a resolution to sell products for national defense at actual cost. Throughout World War II, having perfected the skill of creating precision timepieces, Bulova works with the U.S. government to produce military watches, specialized timepieces, aircraft instruments, critical torpedo mechanisms and fuses.

The Joseph Bulova School of Watchmaking opens its doors to help disabled veterans learn watchmaking skills. Entirely supported by the Bulova Foundation, the school is equipped with state-of-the-art accessibility features, including automatic doors and extra-wide elevators. Graduates of the school are assured employment with over 1,500 positions pledged by American Jewelers.

Recognizing new trends in the watch industry, Bulova adds more self-winding and shock-proof watches to its line. Also added this year is the Bulova Wrist-Alarm, an entirely new kind of watch.

Bulova introduces the Bulova 23, a self-winding, waterproof, 23-jewel watch with an unbreakable mainspring, made entirely in the United States. Omar Bradley, World War II general and retired chairman of the Joint Chiefs of Staff, joins Bulova as Chairman of the Board of the Bulova Research and Development Laboratories.

An independent A.C. Neilson Company survey reveals that Americans see more national advertising for Bulova products than for any other products, in any other industry, in the world.

Bulova completes negotiations to cosponsor the “Jackie Gleason Show" a one-hour live television show airing Saturday nights from eight to nine o'clock. This is the first time in history that any watch or jewelry-related company has made a sponsorship commitment of such magnitude.

Omar N. Bradley becomes chairman of the Bulova Watch Company, a position he remains in until 1973, when he retires at the age of 80.

Bulova offers an unprecedented 1-year warranty on all of its clock radios.

NASA asks Bulova to incorporate Accutron into its computers for the space program. Bulova timing mechanisms eventually become an integral part of 46 missions of the U.S. Space Program. Also in 1960, Bulova reintroduces its redeveloped Phototimer clock for track and field, improved with updated photographic and electronic technologies. It features an infrared sensing element patterned after those used on heat-seeking missiles. Mounted on the starter's pistol, the Phototimer senses the flash of the gun and starts a timer clock at the same instant that the runners leave their marks.

Accutron, the first watch to keep time through electronics, is introduced. It is the most spectacular breakthrough in timekeeping since the invention of the wristwatch. This revolutionary timekeeping concept of a watch without springs or escapement is operated by an electronically activated tuning fork. The Accutron watch goes on to become a presidential gift to world leaders and other dignitaries. President Johnson declares it the White House's official Gift of State.

The Accutron Tuning-fork watch becomes the first wristwatch certified for use by railroad personnel. 1962 is also the year that Bulova introduces its Caravelle line of jeweled watches. Designed to retail at $10.95 to $29.95, Caravelle competes with non-jeweled watches in the same price range.

Bulova runs national commercials for Accutron on many popular television shows including the Dean Martin Show and The Man from U.N.C.L.E.

Accutron clocks are the only clocks aboard Air Force One.

The Bulova Satellite Clock, the world's first public clock regulated by time signals from orbiting satellites, is inaugurated by Gustavo Diaz Ordaz, President of Mexico. The clock is installed atop the Torre Latino Americana, Mexico's tallest skyscraper. 1968 also marks the year that Caravelle becomes the largest selling jeweled-movement watch in the United States.

An Accutron watch movement is part of the equipment placed on the moon by Apollo 11 astronauts, the first men on the moon. A Bulova timer is placed in the moon's Sea of Tranquility to control the transmissions of vital data through the years.

The Bulova Accuquartz men's calendar wristwatch becomes the first quartz-crystal watch sold at retail in the United States. Made of 18-karat gold, it retails for $1,325.

Bulova introduces its line of Accutron Quartz movement watches for men. Also this year, the Smithsonian Institution's newly opened National Air and Space Museum features a replica of the NASA Skylab. It includes an Accutron "space alarm" clock identical to the ones mounted onboard the actual Skylab.

Bulova runs a magazine ad campaign featuring Walter Cronkite, with the slogan “Good News from Bulova." The company also places national commercials on many television shows including All in the Family, Charlie’s Angels, Starsky and Hutch, The Dukes of Hazard and Hawaii 5-0.

The Bulova Dimension is unveiled. It is the worlds thinnest wall clock, measuring just 5/8 of an inch.

Bulova becomes the official supplier to the U.S. Olympic team, providing watches for both the winter games in Calgary and the summer games in Seoul.

Bulova changes its corporate name from Bulova Watch Company, Inc. to Bulova Corporation. This move reflects the companies growth into new and different product markets. Bulova produces an ad in record time. At the Winter Olympics in Calgary, a photograph is snapped on Saturday morning. Eight hours later an ad incorporating the photo is on the press in time to be in millions of copies of Time magazine on Monday.

This year, with its new line of Swiss quartz watches, Accutron is relaunched as the premier brand of the Bulova Corporation.

Bulova enters into a distribution agreement in South America and extends licenses in the Far East and Europe.

A Gallup survey and the Fairchild 100 report rank Bulova fourth in consumer awareness in the combined watch and jewelry industries.

Bulova acquires the Wittnauer trademark and some of the assets of Wittnauer International. Bulova also acquires the license for Harley-Davidson watches. Also, in 2001, Women’s Wear Daily’s Luxury Survey, which measures American women’s perception of the most luxurious apparel and accessory brands, ranked Bulova #14 in the watch and jewelry category.

Bulova acquires certain assets of Heirloom, a custom woodworking company specializing in the manufacture of grandfather clocks. Operating as a Bulova subsidiary under the new name, Art of Time, Ltd., the Kitchener, Ontario-based facility begins producing high-quality, custom-made Bulova grandfather clocks for sale in the U.S., Canada and Mexico. Bulova also launches a comprehensive international operating strategy to enhance its global positioning while protecting the integrity of the Bulova name by reasserting control over development and marketing worldwide. A key component of the program is the opening of European headquarters in Fribourg, Switzerland, marking Bulova’s return to full proprietary operations in Europe after nearly a quarter of a century. Made in Switzerland, with product development at both Bulova Swiss, S.A. and Bulova’s home office in New York, the Bulova European Collection is set to begin distribution on January 1, 2003.