Since we have a run on Bulova stamped cases on the outside that look like this, 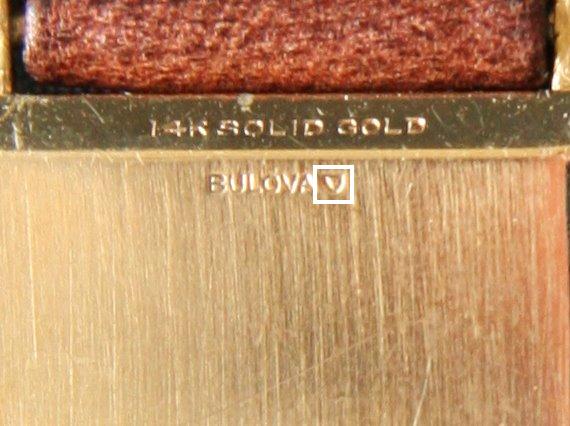 Here is some info I found on Keystone Watch Case Co. None of their trademarks look like above... 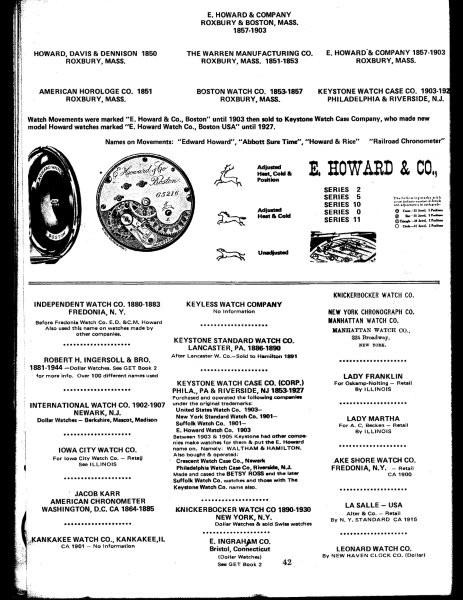 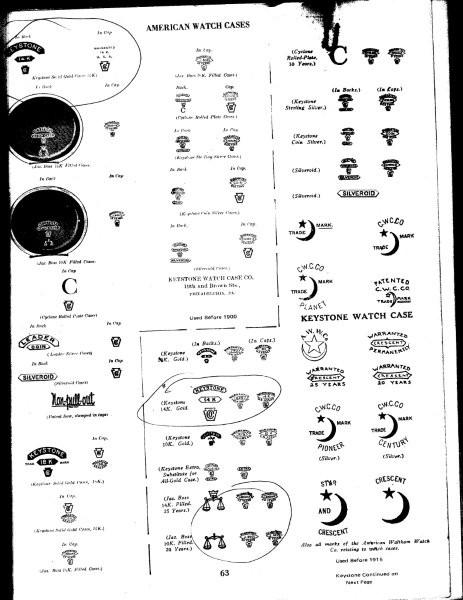 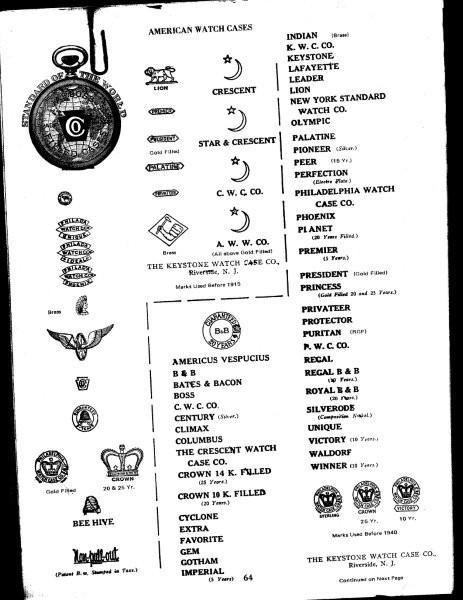 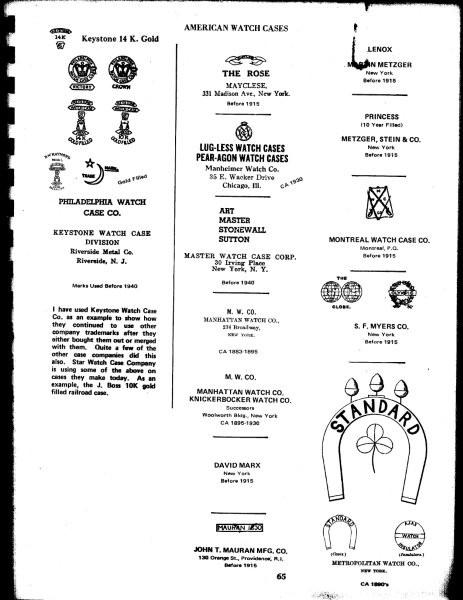 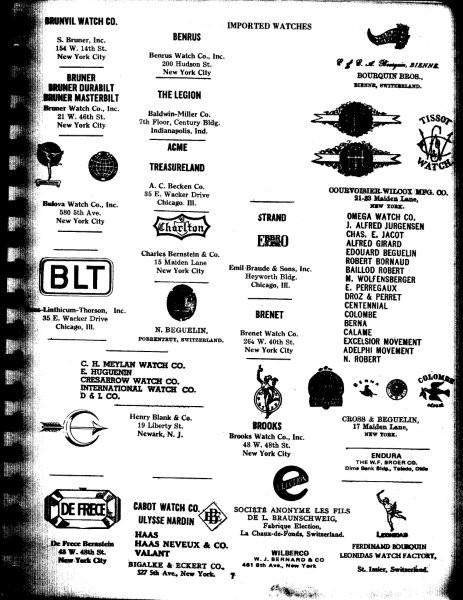 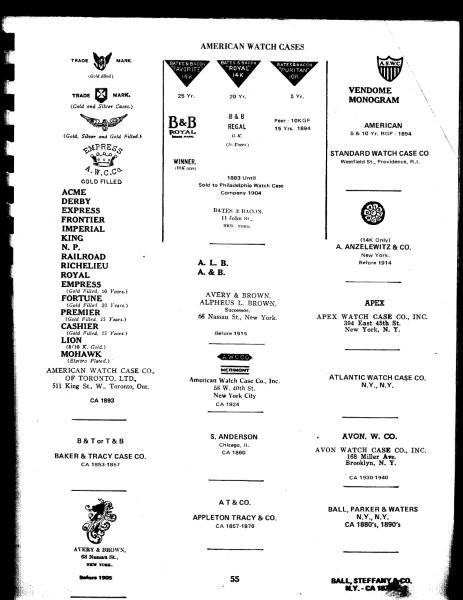 And if you though buying a Warranted 14K US Assay marked case was the way to go, Duber Hampden says NOT!!! ; ) 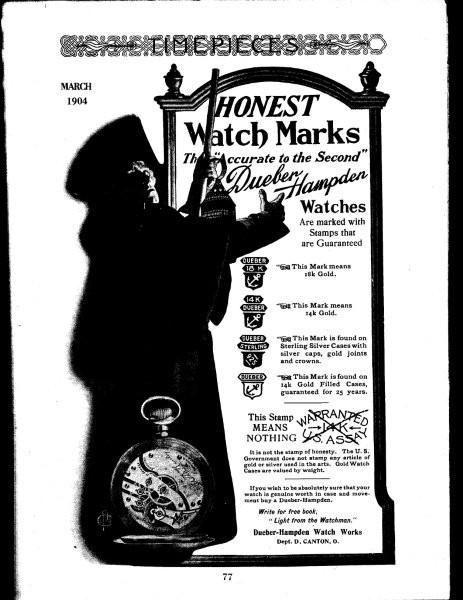 If you come upon any info that will help prove or disprove any of this, please add to it.

Great illustrations Greg! I read a article that discusses the "Hall Mark" issue recently, esp. in reference to the Dueber Hampden issue as stated in their 1904 ad. Apparently that was done in retaliation against another company's ad that disparaged Dueber back in the day!

Apparently there was some "Bickering" going on back then also ;-)

BTW, this verification of entries with the CAPTCHA CRAP SUCKS, Stephan

I believe the politicaly correct term is 'debate'

Sorry Mark, I was "channeling" my grandmother ;-(  The bickering I was referring too was between Dueber and the other mfg. who was using the "assay" stamp, and as you know it wasn't just watches. I was researching a old "match safe" I've owned for years when I stumbled across the dispute? debate between different mfg's. Apparently it wasn't British cases, the reference I saw, was based around a early controversy that centered in San Francisco during the gold rush.

Oh look at you with your LOGIC and PROOF!  What does this have to do with a debate with Fifth?!

This is the only info I have at the moment, hopefully info from others will come  out to prove or disprove the so called Keystone mark...and end the speculation.

anything new on that hallmark in the 14k case?
Nova is this the shield symbol that you thought could be associated with american standard?

I've got a Bracelet from 1949 which is stamped and hallmarked with the  'American Standard' Shield so We know they were still making product around this time.

In what Year does the 'American Standard' inner Caseback stamping disappear from Bulova Watches and in what Year do We first see these Cases? Same time?

I'm at the beach in hawaii. it's a beautiful 80 degree day. my wife and kids are playing in the water and I'm on my cellphone trying to find a picture of the american standard hallmark. I'll try to remember to keep things in balance... while I continue to look for that picture.

I think american standard disappeared from the inside case backs around 1930? I think the subject watch is from the forties?

thanks Fifth. now I can go swimming. the answer to old tickers original question is starting to come together nicely.

I recall a lot of 'AMBASSADOR's...

I found a band w/ similar hallmarks today....It was on a mid 30's Bully, and obviously not original to the piece.

Here's what I've got in my collection for the relevant time frame:

The last time the case signature "Bulova, American Standard" appears in my collection is 1929.  The first time the shield symbol is seen is 1935, so there's a five-year gap between the two.

I have identified 10 different case signature configurations for the 1930s, which break down as follows:

> Inside only signature: "Bulova Quality"

> Inside only signature:  "Bulova, New York"

> Outside only signature:  "Bulova"

>  Outside only signature:  "Bulova" + shield symbol

> Outside only signature: "Bulova Quality"

In general, I think Bulova used far more case signatures than most people realize.  I have cataloged the signatures in my collection from 1921 - 1979.  Currently, I have over 600 watches that have been so cataloged.  You may be surprised by just how many different Bulova case signatures were used through the years.  The results of my research can be viewed here:  http://www.watchophilia.com/general-information/bulova-case-signatures/

Great summary.  I am looking at one of my President/Minute Man's (gotta measure 43mm vs 46mm case length) w/ the outside "B-"

Outside case back:  B-10k Gold Filled

This seems to be the most common combo, occurring 44 times in your summary btwn 1936-1939.  I have several similar in this timeframe, but I am almost (stress almost) positive I had an outside "B-" from 1934 or 1935, based on case SN.  I should wait to find the watch before commenting....as now it's only based on my often poor memory.