Unusual 30j model with unusual style crystal. Found an original bulova crystal to fit the exact case (2490) as detailed above and photo'd. 10k white rgp.  Checked through 1960-1965 ads with no luck. 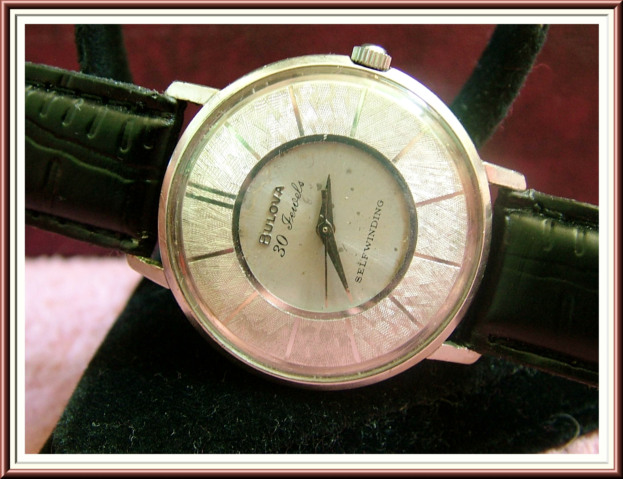 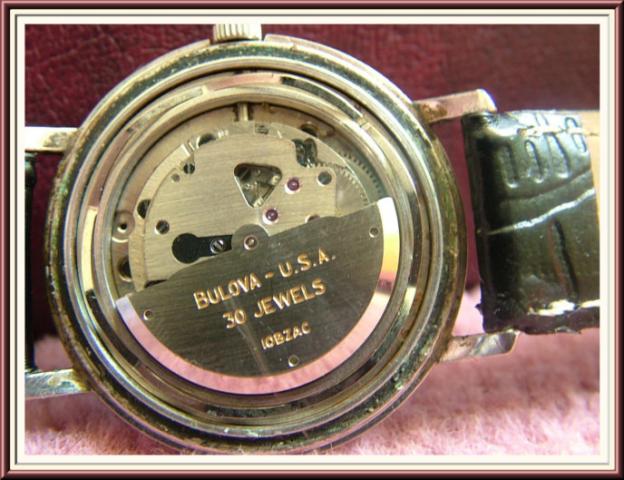 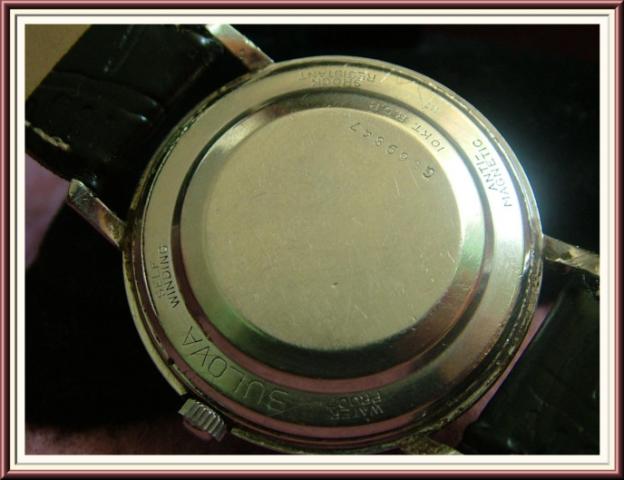 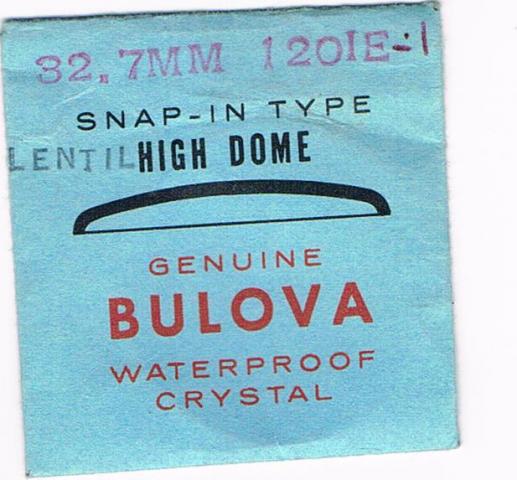 How does the case back fit on?
It looks like a snap fit, as I can see no case tool cutouts for a screw in back, although I see "water proof" there.
Great looking watch, snazzy dial.

It is a tight snap on back

Pretty Sweet! I don't think I've seen that dial before, some similar but not yours. I'm at a loss for an ID.

In the forum ads from 1965  the only 30 jewel watches were the Bulova 30, Commander variants.

There was also an ad in 1964 with 30 jewel presidents. Dial on the suject watch has me leaning towards a Commander variant as there were so many.

I don't think it will be a Commander.

There is nothing in any of the ads for a pre 1965 Commander. we have ads for Beau Brummels in 30 jewels, 30 jewel Date Kings, Presidents, and of course the Bulova "30", which this probably is as it dates to 1963, and we have ads for this model up to and including 1964, and  the Presidents have a date window.

The Bulova 30 also appear in this 1961 list, in the section breaking models out by price.  We see the gold color for the case of the Commander "JW" is yellow.  The Bulova unique ID numbers changed sometime between Fall 1958 and Fall 1961.  We don't have any other lists during this period.  Below far left is the "old bulova ID number", and on the far right is the "new Bulova ID number".  This change in ID numbers- from old system to new- make crossreferrencing challanging, but not impossible.  For those models not listed with new and old ID system numbers, we can use the advertised Model Name - the middle column below- along with price and other attributes given in various sections of the lists. 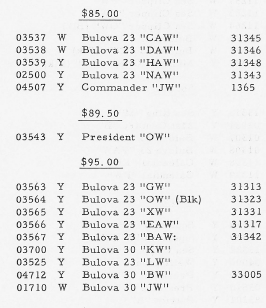 By Spring 1964, we see thes Commanders in the list (below).  Several "Bulova 30" are also in the list at this time too (not pictured, but you can check the lists yourselves).  Still no confirmation on jewel count for the Commander based on the lists, but we have ads for Commander as 30 jewels from 1965, as Bobbee points out.

So I don't think we can rule out the possibility of a 30 Jewel Commander in 1963, based on the price lists.  Doesn't look like all models of the Bulova 30 morphed into Commanders, but some could have.  I don't think so though. 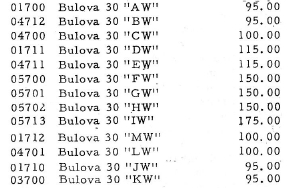 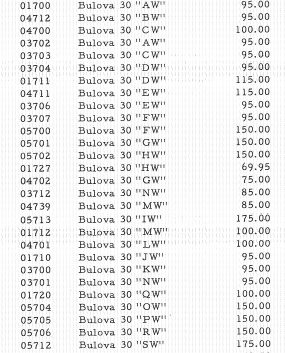 ....actually Bobbee, the Bulova 30 could have morphed into the Commander over a long time period.  It depends on our definition of "morphed".  I only looked at the price lists through Spring 1964 (the last list we have available to check).  I didn't check the vintage ads.  If we see the commander being advertised post 1964, but the Bulova 30 ads are not there, then they could have discontinued the Bulova 30 and advertised (produced) only the Commanders in those post 1964/65 years.

One quick check for this using the lists is to see if any of the unique model numbers for any Bulova 30 from 1961 lists are associated with Commanders in the 1964 list.  We have a few examples in the list where the same unique Bulova ID number (same watch, perhaps without including dial variants) has changed model name over time.  A cussory view of the snippets above doesn't support this posibility, but we don't have all the model lists to encompass all possible unique Bulova model ID numbers.

EDIT: I moved my non-watch spicific comments on the model lists to a forum post here:

You really, really need to get out more! :^D