Appears to me to be a 1937 American Clipper "F", and a nice one. Inside of back marked "Bulova Fifth Ave" Caseback is gold plated. Movement marked with an arrow and s/n starts with a "7". No plating wear and a really clean face, hands and crystal. Keeps accurate time as well. Displays a multitude of jeweler marks on inside, so it was well cared for. Band is probably the 1st replacement after original and is a Speidel "Golden Knight 48". First named Speidel I have ever encountered. Band shows light plating wear on highest points. As an interesting side note; while doing research, I found a watch blog post from 2015 showing  another  American Clipper "F" mounted on this same (but extensively damaged) band, which I thought was an interesting coincidence. 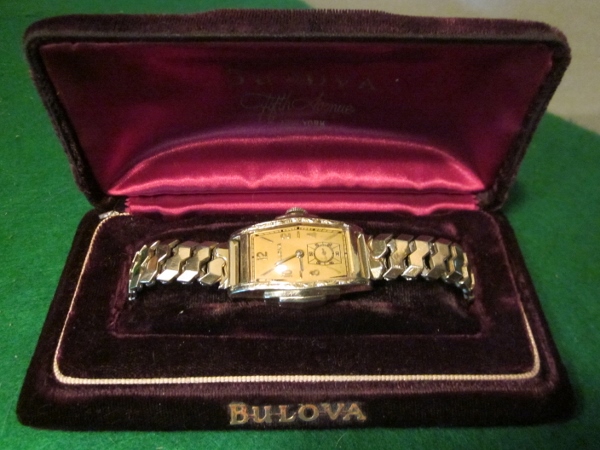 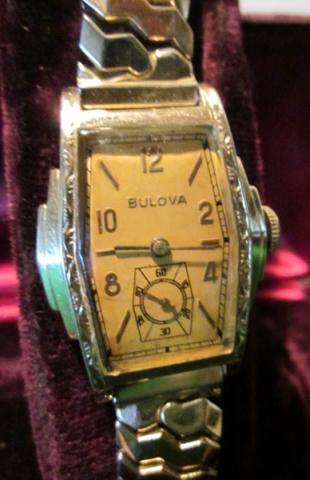 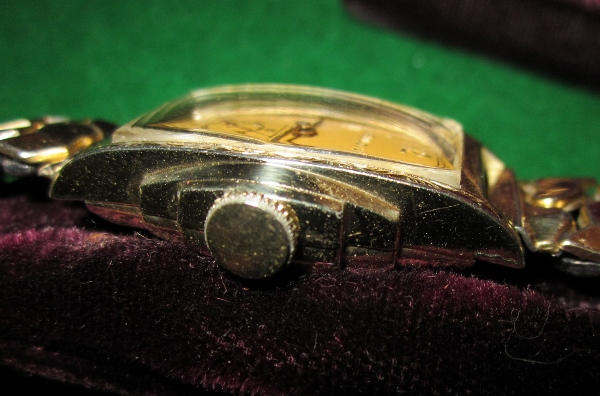 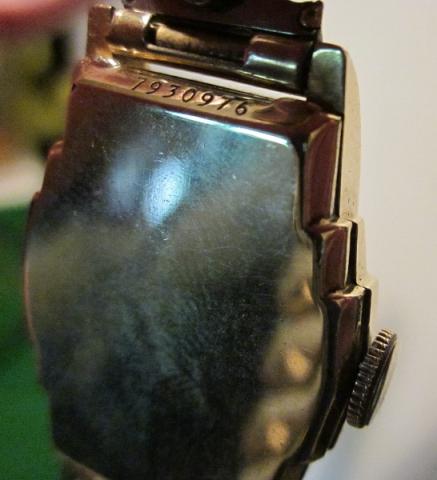 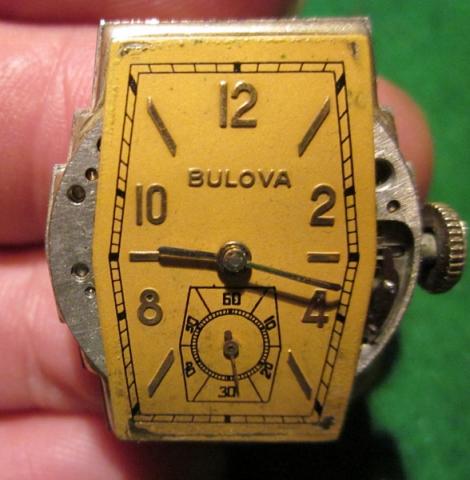 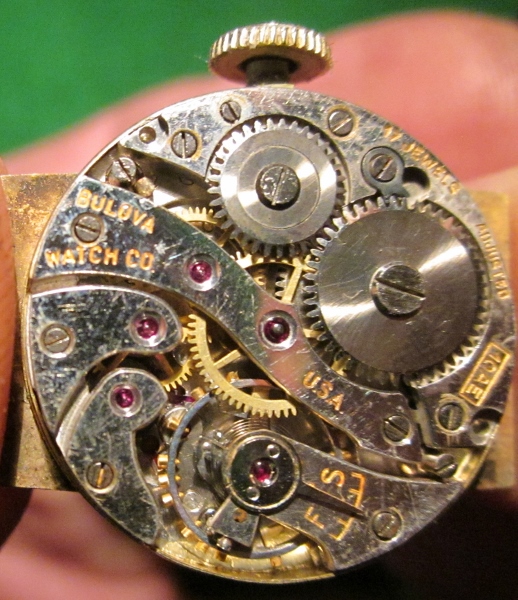 Excessive scratching on the movement tells me it has spent considerable time away from a case- possibly a replacement. The rest of the watch is in very good shape.

American Clipper F, for me as well.

My thoughts exactly Rev, as I scrolled through the photos and got to the movement I thought "my, my where have YOU been?"

Movement replacement never occured to me due to the matching dates. , I just assumed the watch had spent a lot of time disassembled in a parts tray accounted for the fine scratches (I figured clumsy tweezer work and tray contact marks) . Based on the brassed rub "halos" around all the screw heads and many jeweler's marks on the case back interior, it was apart and together a lot of times. Anything's possible over 80 years, wish it could talk.