Appears to me to be a 1969 Time Center "A" based on on-site research; as referenced in the shown 1969 ad. Watch movement has an interesting clear lucite spacer pressed into the back that I have never encountered. Case and movement both dated M9. Band is a period replacement with 1973 dated calendar spool in it. I would assume the original had a spool that was generic  with a selection of months starting the first of the month on each day of the week so it would be good "forever".

Interesting note: the face shows an incorrect "IIII" for the number 4 instead of "IV".One would assume that was artistic license to balance the face. Personally I think it would have been better balanced if all numerals below the 9 - 3 line were composed if "I's" and "V's" and all above being "I's" and "X's". 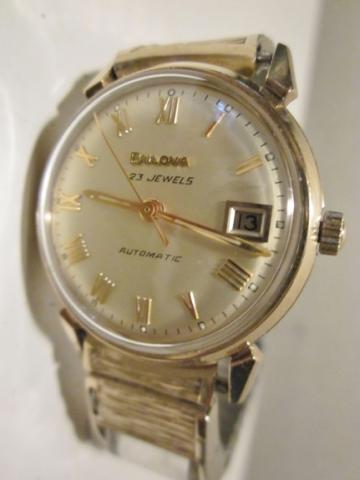 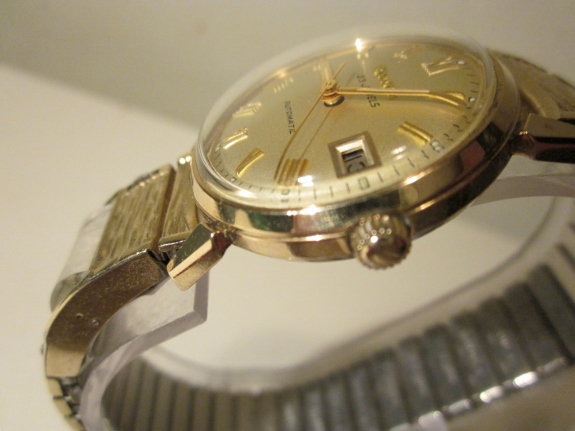 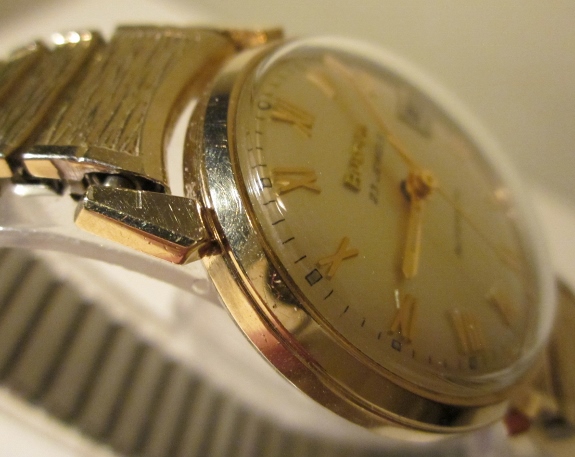 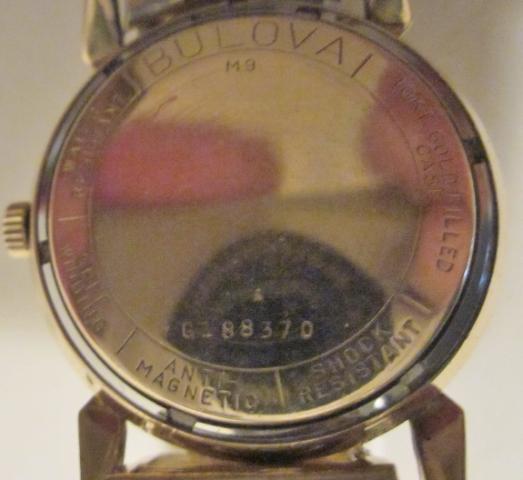 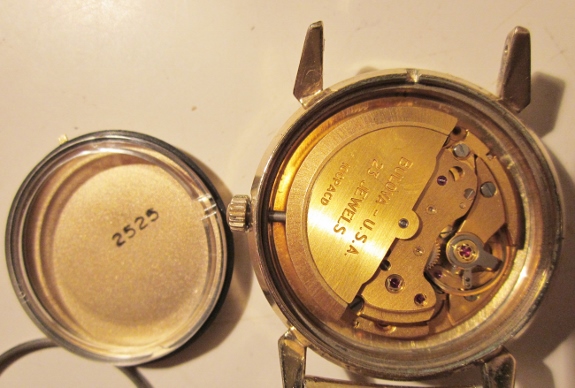 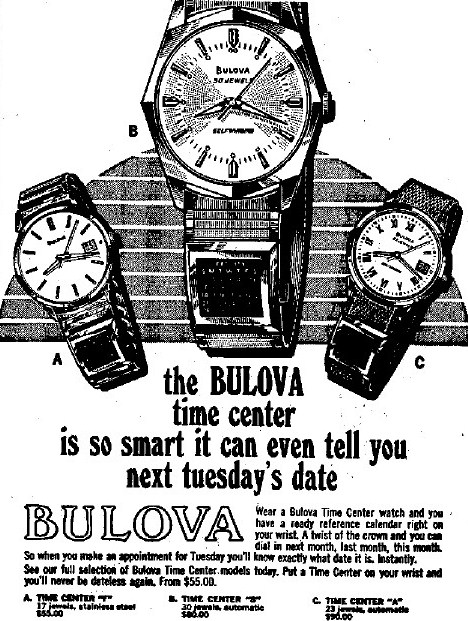 It's kind of hard to tell in photos,  but watch has what I would call a champagne colored dial.

I assume it has the calendar on the band? I think I can see the crystal cover in one of the photos.

It looks to me like the band is part of the model designation.

Wonderful looking watch and I've always liked the idea of a small calendar function on the band.

Thanks Stephen; Yes, calendar in the band.

Nice one, Time Center A works for me. Seems like a have a couple of those bands around here somewhere... Watchmaking is full of traditions, and the 'Watchmaker's 4' is one of them. It is designed to offset the VIII on the other side of the dial. You will find it used for centuries on clocks and watches.