When I recently acquired this watch, there were 3 like it in the database uploaded in 2014 and 2015. Based on the absence of ads and their similarity to the Ambassador line, they were tentatively placed there. I actually thought that's what is was when I purchased it.

Much to my surprise, I found it in the 1955-1957_LineBook_BAWD0127 , Page 35A. The description is overstamped "discontinued". It appears this was offered in 1953 and perhaps 1954. This is the fourth example documented in 7 years and all are dated 1953. It appears quite possible that this model was never advertised and was only around for a very short time.

I really like the "apostrophe" lugs on this one. Yellow gold case and back, silver face. Some high point wear on lugs. Keeping perfect time as received. 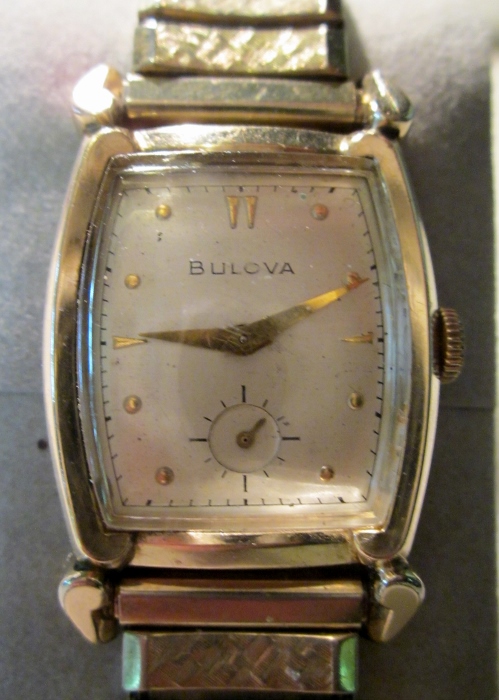 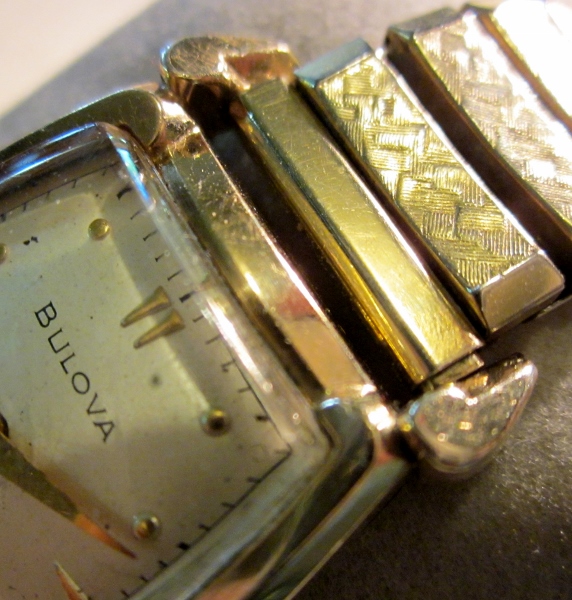 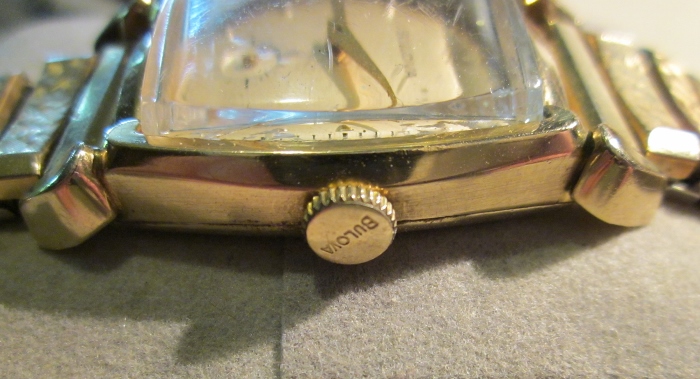 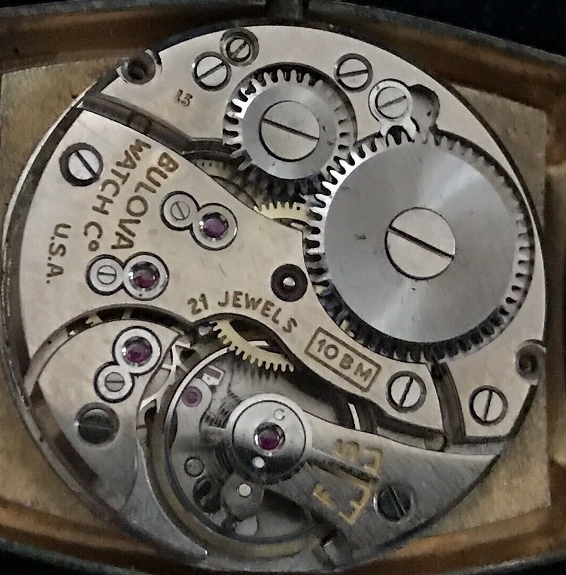 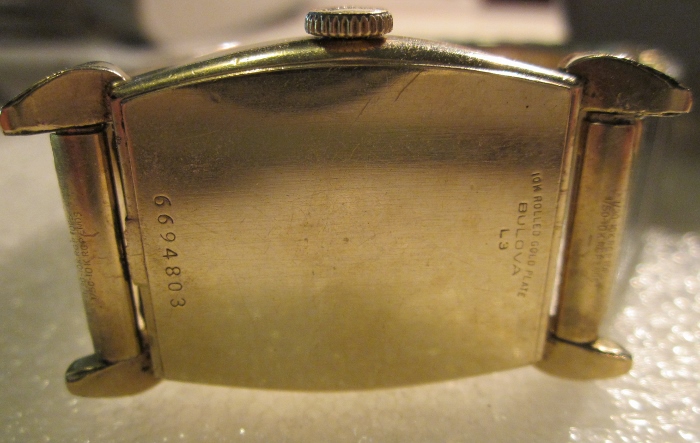 Nice ad find and it is a great looking watch with those lugs.