I will entertain ONLY serious offers for this RARE timepiece. It's the perfect compliment to the even RARER WHITE gold filled Academy Award Model "T" watch I also just posted here... This watch is also in excellent overall condition. And I may soon have a second matching (Academy Award) box set for it as well... 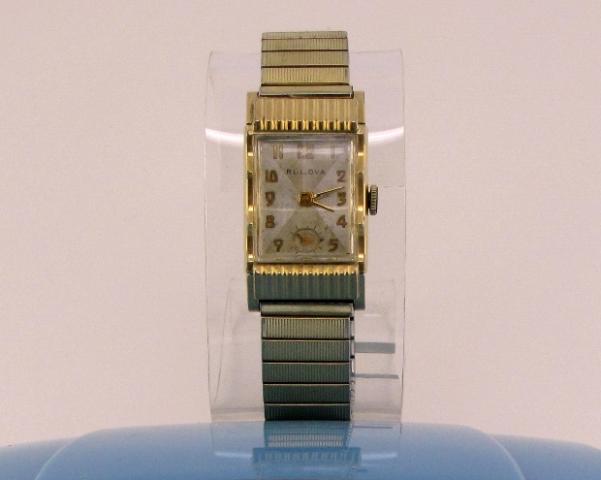 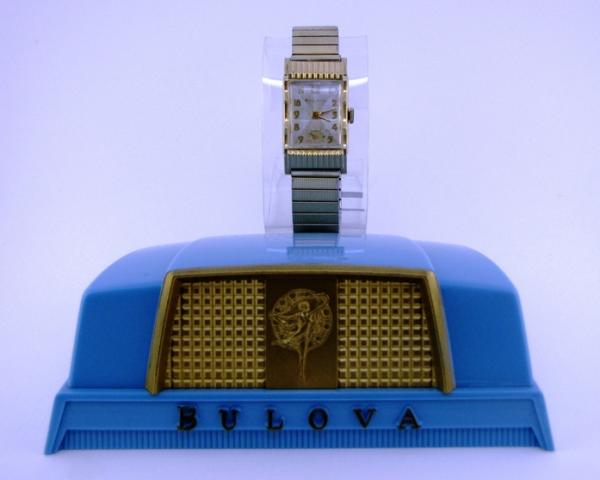 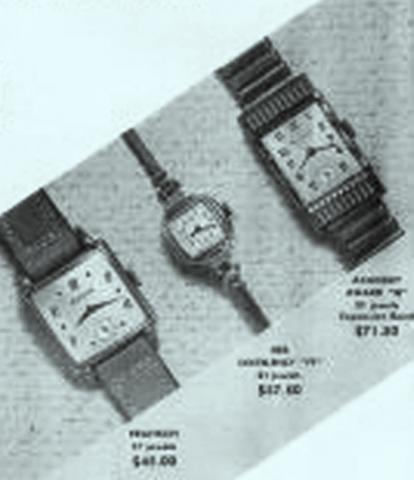 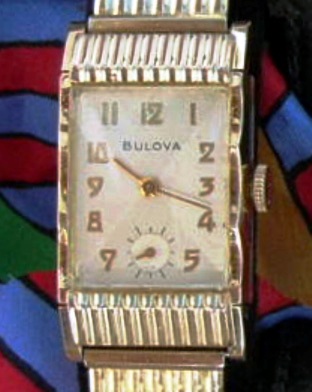 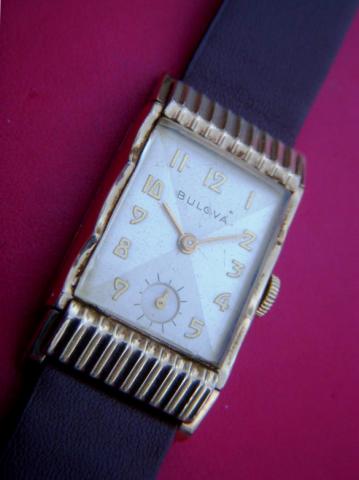 And MANY THANKS to Stephen for posting the IDENTITY for this rare model.... I was going to pose a challenge to the notion that these "X" dials were likely ALSO Academy Award timepieces? And this ad snippet (being a commisioned Madison Avenue/= promotional from the period) ALL BUT CONFIRMS IT, I think??

I also added a photo from an Academy Award watch collection that was sold on eBay a few months ago... that included this very same design and one other model with a similar (i.e. alternative) dial option. If anyone has more information (or relevant images) about the subject... it seems the jury is now debating whether under time pressure constraints, financial concerns, or even a request for "diversity," Bulova opted to offer at least two dial variants to the masses, on this anticipated "top seller???"

I was also informed that the "7AA" movement installed in watch cases sporting the "X" dial was an earlier movement, case and dial cofiguration produced as far back as the mid 40s? Or... perhaps Bulova rather saw BOTH a need (demand) and opportunity (shelved inventory) for use of many stored (unused) parts and complete 21J "7AA" movements in the 1949/50 Academy Award model watches, so they could in effect "outsource the production" (watch cases) to meet that demand? And how were they to meet the demand for thousands MORE watches... when they likely were (already) near production capacity, had a limited staff and probably a limited number of case designs, even available, from their suppliers??

Furthermore, during WWII American watch companies collectively went from the rightfully DOMINANT  position in domestic production and sales... to head on competition with SWISS imports, that flooded the market during and after the war, due to a lack of foresight by the watch companies and the US government! So by 1950ish, Bulova may well have had far more "higher end" movements, etc. than demand therefore? And perhaps that's ultimately WHY we see so little display advertising, by the mid 1950s, pre "ACCUTRON?? Or tatics such as the aggressive use of the Academy's branding, prompting the relaliatory lawsuit for (over) use of their namesake, and Bulova's planned attempt to "takeover" of all licensed product  patents, copyrights and trademaks, using the terms: "academy award" and  "oscar?!?"

Hereafter's a partial list of MENS Academy Award models from my crystal file. Mainly from G-S & BB crystal catlgs. The models on the same line, take the same crystals... And I have glass and acrylics, for most of these, or can alternately source them... if anyone is interested???

Incidentally, I only have a few of these models "photo ID'd," despite having photos of about ten different models! If anyone has a vintage ad, postcard or Jewelers catalog, etc. showing what these models look like, we'd all be VERY interested in knowing more about them???

An item of interest that may have been overlooked:

* The ad shown appears to depict a Ladies Model (center) showing the infamous 'Curtain Dial' yet is NOT named an 'ACADAMY AWARD' and is named 'HER EXCELLENCY'.