This watch belonged to my father, who died in 1996.  He usually just referred to it as "his army watch" that he had during WWII.  He was company commander (Captain), Company C, 116th Infantry, 1st Battalion, 29th Division and landed on Omaha Beach (as Exec. Officer), participated in the Battle of the Bulge, and the push into Germany.

Members of myBulova helped me identify it as a 1944 Military modek, 10 AK movement, type OF.  It looks very much like the 1943 Military Issue, Type AK on the website, BUT the hands are differrent.

Many thanks to myBulova for helping me with the identification 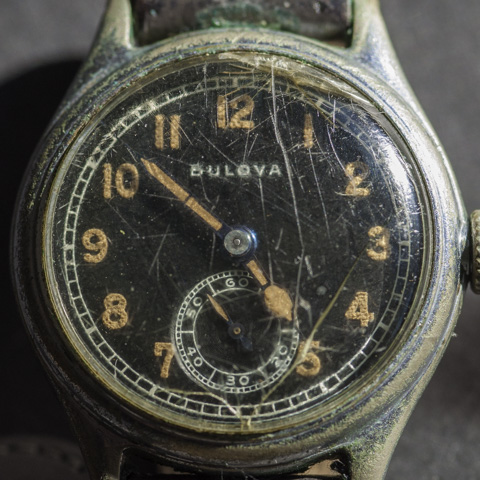 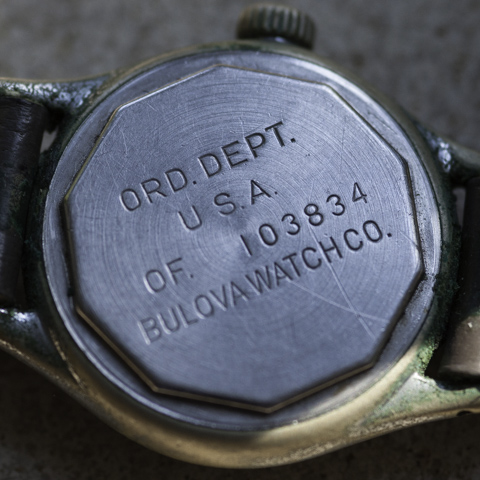 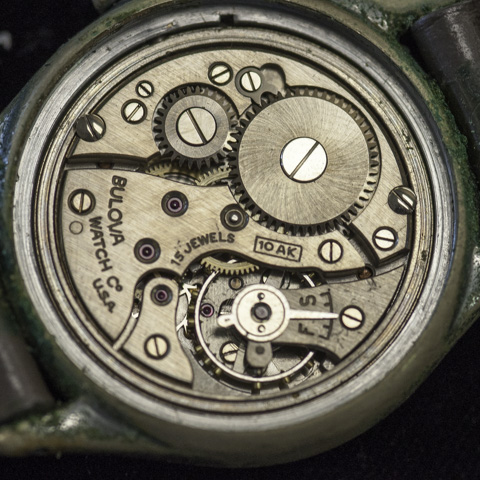 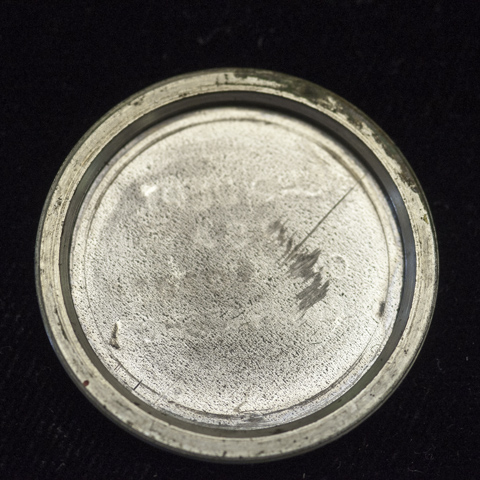 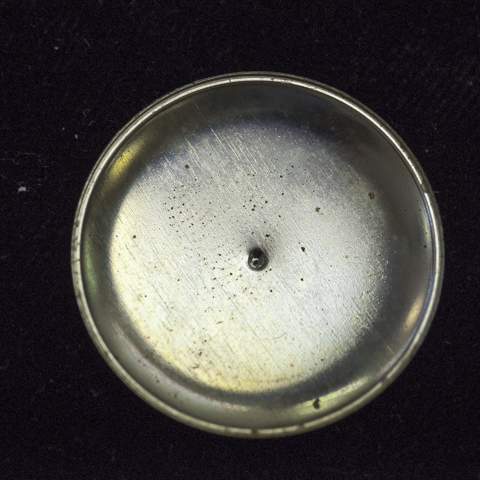 Hello Bob, welcome to myBulova. This is a remarkable watch. Quite possibly the most copied (read faked) watch out there today. Online auction sites are stuffed full of watches that want to be this one, a real, genuine, in the hands of the son of the hero who wore it, military issued watch. Congratulations to you for treasuring it and big thank you to the man who wore it. I'm not 100% sure,not being an expert on militaria, that the hands really make a difference. From it's condition I venture to guess that your father took it off when he returned home and set it aside and that it is most likely the same as it was when it was issued to him, with no later revisions.

The back screws off but I suggest letting an expert handle that task. Once we know the movement type - make sure to get a date code too - we classify it. I'm guessing it will be a 10AK like this one:

Here's an explanation of the ordance markings 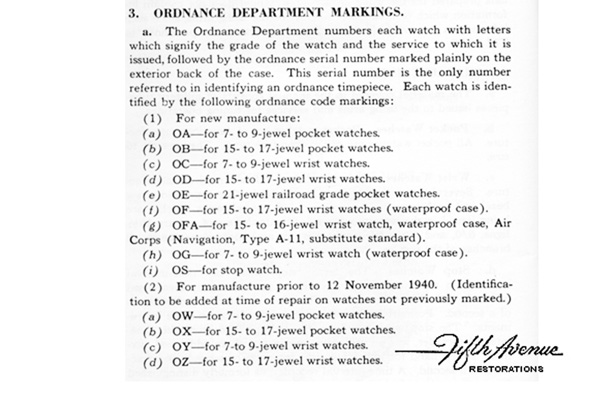 Thank you.  Sorry, I posted "comments" (that are now posted ) rather than hit the "reply" button.

Thank you for the prompt reply!

Yes, I think he took it off when he returned to the states; we never saw him wear it around the house.  There is a some good jewelers nearby; I will try to get there this week and have them remove the back so I can take photos of it.

Quick question:  What am I looking for on the movement?  Can you post or direct  me to photos that indicate what marks I am looking for?

You'll need to look for the symbols on this chart Bob. It should have one of the symbols between the years 1941-45 stamped on the back of the movement somewhere. 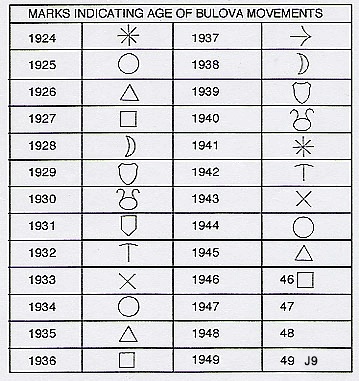 While you have it open, check for any markings on the inside case back too. Please

Could this be a "Star" case made for military use?

Got busy / distracted with other things this week; will try to get to jewelers this week to take a peek/photos inside case (and inside of case back).

Star was a watch case manufacturer in Ludington, Michigan  that was in operation from 1905 until 1982. They designed and manufactured watch cases.

A wonderful timepiece with some true historic and personal value. All I'd do to this is replace the crystal (pretty easy to do) and give the case a clean....then wear it with pride!

Not sure on the year of manufacture, but its a Bulova Military Issue all the way.