The case is 10K yellow gold filled and is marked Bulova Fifth Ave New York on the inside.  The movment is a 21 jewel 7AP with a 1943 date code.

It's as I bought it.  It runs well.  One potential problem is that the face has numbers on it.  It looks to me like most of the Broadcasters at this time didn't have them (see the ad).  ON th eother hand the subsecond dial looks like it usually has numbers.  My watch doesn't.

It actually is a lot cleaner than the pictures make it look.  the phones nowadays are so good they exaggerate every flaw. I don't think the lighting helped. 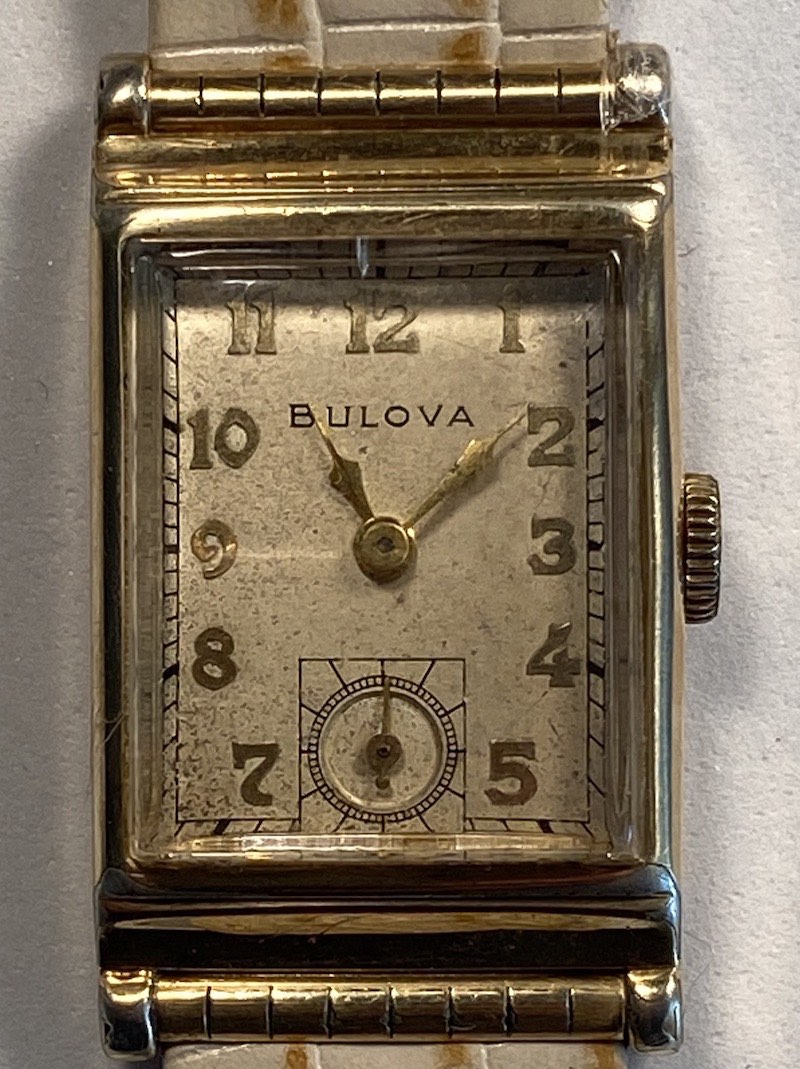 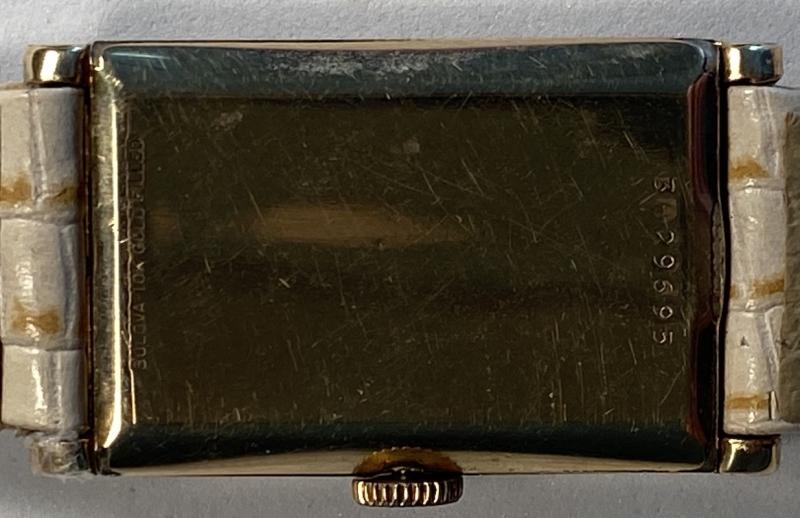 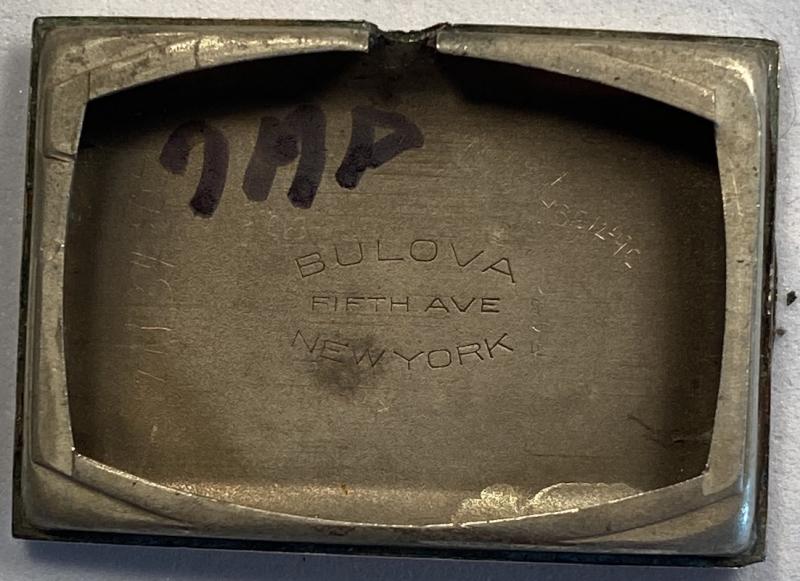 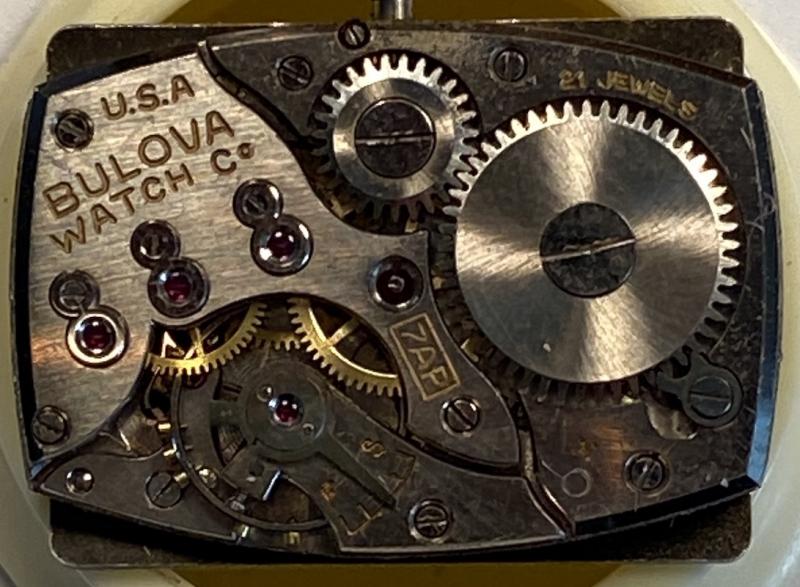 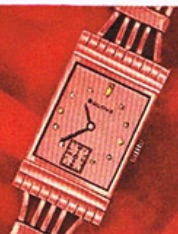 Cool watch, Tom! I find ads for 2 models in this case, but both are 17 jewel and dial per ads doesn't match - Sponsor & Broadcaster.

Broadcaster is advertised as rose gold, but seems to have 3 variants, "A, B and C", and Sponsor assumed to be yellow gold. We have IDed this watch with 21J Jewel as opposed to ads stating 17 and full numbered face as Sponsor - tentative, but also as Time King, like this one. I have yet to find ad confirmation, and don't know where the original "TK" ID came from.

The more I look, the less sure I am that this model is  indeed Sponsor due to jewel count and different face. Is the Sponsor ad wrong, and showing a Broadcaster, as we have yet to see one that truly matches the ad?

Good call on this.  I was in a hurry when I posted it.  This is what I get for not taking the time to check the jewel count.  Thanks.

Looking through the Time King watches ID in the DB I will go tentative with that based on the 21 jewel movement, like this one https://mybulova.com/watches/1943-time-king-8701