Here is a super interesting watch I picked up off of ebay.  The engraved back sold me right away.   It appears to be a 1942 or 43 or 44 Bulova President "E".  The reason for the date uncertainty is this has three, yes three, date codes.   It has a T, + and a O.   Based on the serial number I am thinking it is a 1942 although this is a presentation piece from 1944.  The case is 14kt Pink gold filled and the movement is a 21J 7AP.  The dial is copper color with white accents on the hour markers.  The best part is the engraving.  It says "Vadectorian Robert K. German Bonhi 1944".   I was able to research this on newspapers.com and found that Bonhi was short for Bonham High School.   I was then able to find Robert K German and his obituary.  Turns out he was a senior US State Department Officer who was at the forefront of the Cold War.   What an interesting man.  Here is his obituary.  The best part is there was a slide show with the obit and believe it or not I think found a picture of him with the watch.

Robert K. German passed away peacefully on March 11, 2018 with his daughter by his side. In his words, the cause was a matter of “too many birthdays”. His wife of 57 years, Jean Wesley German, passed away in 2012. Robert (Bob) was born on August 27, 1927 in Sherman, Texas, and lived on the family farm near Whitewright until moving to Bonham for third grade. He graduated from Bonham High School in 1944, then took the train to Austin and enrolled in the University of Texas where he completed a BA in 1947 an LLB in 1952. Before completing law school, from 1948 – 1950 (Stalinist years), Bob worked at the United States Embassy in Moscow, U.S.S.R.. After finishing law school and passing the Bar exam, Bob began a 35 year career as a Foreign Service Officer with the United States Department of State, interrupted by four years’ service in the USAF from 1952-1956. He served in Moscow twice more, from 1962-64 (during the Cuban Missile Crisis) and from 1978 to 1980 (during the Russian invasion of Afghanistan) when he served as Counselor of Embassy for Political Affairs and periodically as Charge d ’Affaires. Other assignments included tours in Yokohama and Tokyo, Japan; the U.S. Army Russian Language School in Oberammergau, Germany; Oslo, Norway; Berlin & Bonn Germany and Washington, D.C.. In Washington, he served as Director of the Office of Soviet Union Affairs (the "Soviet Desk"), Director of the Office of Analysis for the Soviet Union and Eastern Europe, and as Dean of the School of Area Studies at the State Department's Foreign Service Institute and graduated from the U.S. Naval War College. Bob also had short assignments with travel throughout Eastern Europe, and to Africa, the Middle East and South Asia. After retiring as a Minister Counselor from the Foreign Service, he worked for a year with the Carnegie Endowment for World Peace and twice held a visiting professorship at the LBJ School of Public Affairs at U.T. (1985-86 and 1989). He and Jean retired in her hometown of Austin. Throughout his life, Bob was active in many community organizations. As a UT student, he was a member of Delta Tau Delta, the Cowboys and the Longhorn Band. After retirement, he remained active with the Delt Foundation, the Austin Rotary Club, and Town and Gown. Despite the serious nature of his career, Bob had a wonderful sense of humor and was a gracious and kind friend and man of faith. He is survived by his daughter Elizabeth (Beth) German of San Pedro and Albuquerque, New Mexico and by many friends all over the world from all walks of life. He and Beth are especially grateful for the help and friendship given to him by Nicholas Daly during the past five years, and for the care provided by those at Brookdale Parmer Lane and Brookdale Hospice. 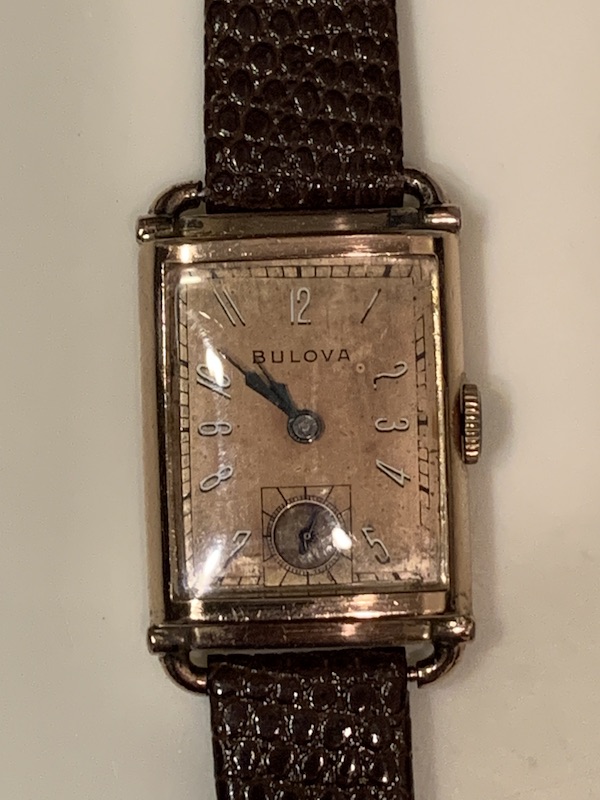 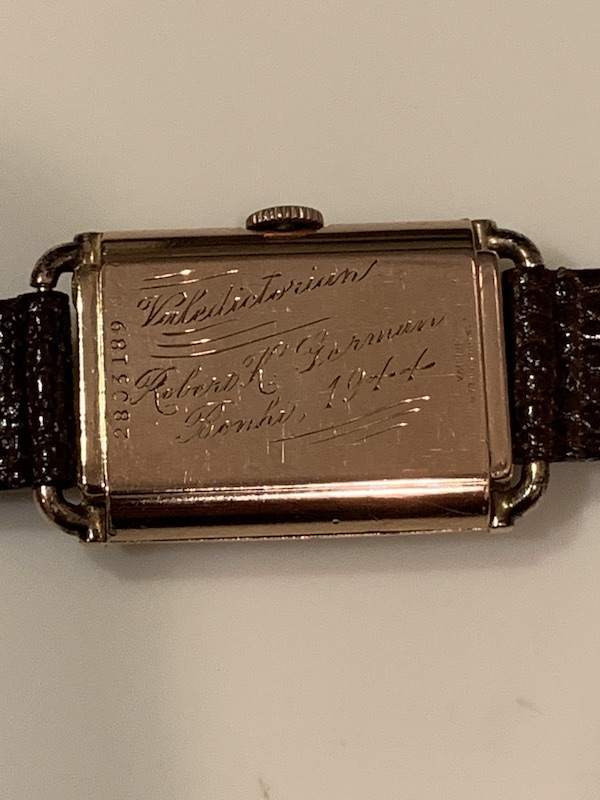 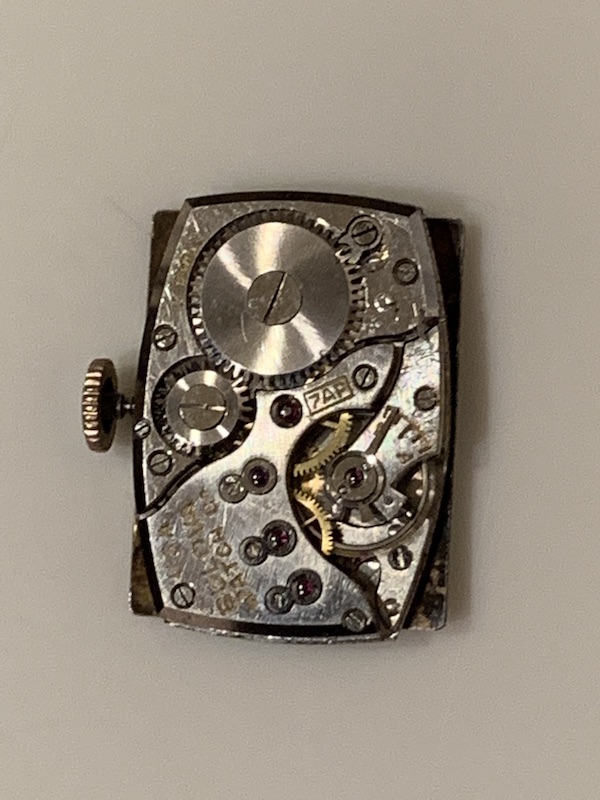 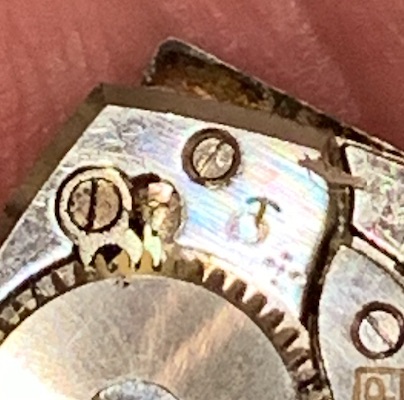 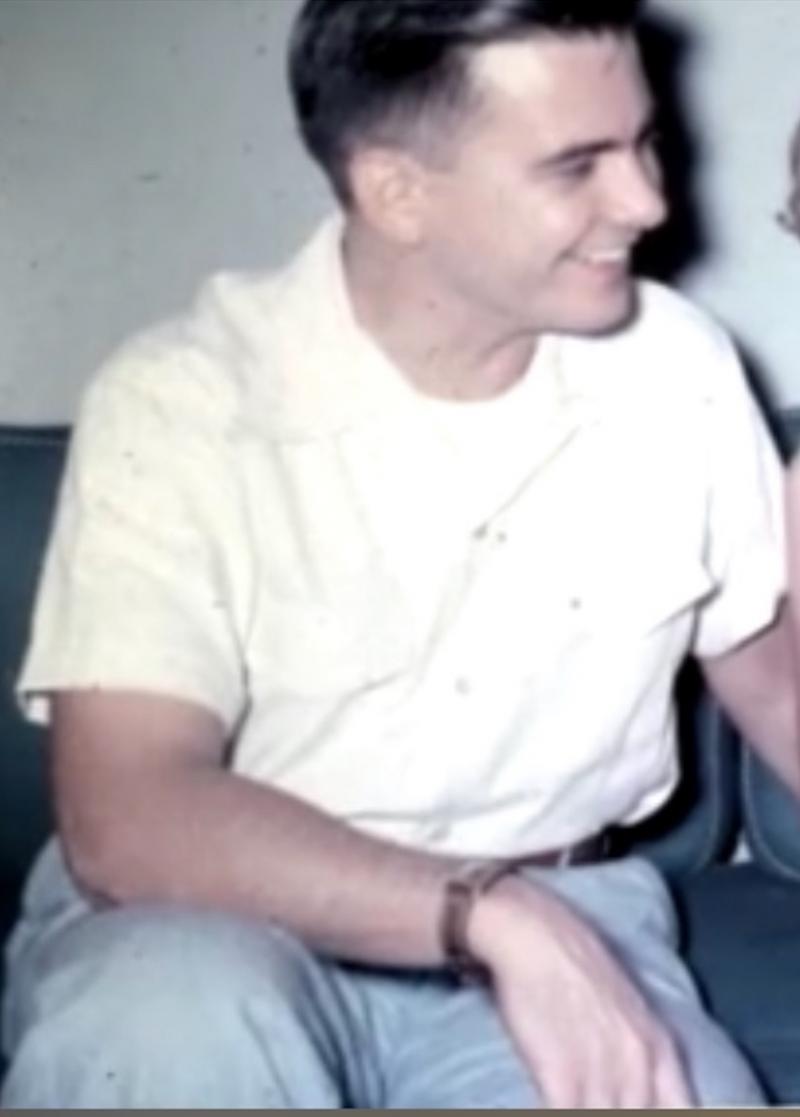 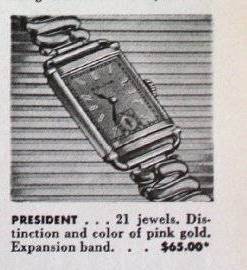 Wow what an amazing timepiece with the story and more incredible....the photo. Doesn't get any better.

I also feel that Mr Robert K. German deserves to be in the section 'Famous people that wore a Bulova watch'.....what an amazing career he had.

Thank you.   I just added it to the4 Famous People thread.

Great watch and an amazing back story. Photo of him wearing the watch is over the top.

I was first inclined to call this a 1944, based on the triple stamp and personalization. But on the other hand, one has to wonder if this is indeed a 1942 that sat for 3 years in a jewelry shop and was disassembled, cleaned and oiled once a year to keep it fresh and new. Not out of the question that the resident watchmaker restamped the date each time to re-classify the watch as "New for the calendar year".

If you are a fan (as I am) of watches with a research-able personal history, they don't get much better than this one, congrats!

I agree with Stephen, include this one in the "famous people section"

I submit that the codes were only applied at the factory Bob. Dramatic changes occured in late 1941 here in the states and it's apparent that had an impact on all Bulova facilities. My thought is that this watch was not assembled until 1944, shortly before it was personalized.

Quite possible you are right Geoff, we may never know. I was just thinking out loud, so to speak.