I got this with a lot of watches - it runs and keeps time. 1941 dated movement in a "I.D. Watch Case Co." case. According to info I unearthed,:

The company was founded by Isidor Dinstman (1886-1967) who operated it with his sons Harvey S. Dinstman, Joseph Dinstman and Hyman Dinstman. This family were also principles in the following companies; Diel Watch Case Co., Leeds Watch Case Co., I.D. Precision Components Co. and J.B. Watch Case Co. Apparently the Queens Watch Case Co. along with the I'D. and Leeds Watch Case Companies all operated out of 137-11, 90th Ave. in Jamaica, Queens during the fifties and sixties. In the mid to late 1960s the Company moved to Alabama .  I found an earlier address for ID (approx 1930 to 1942) of 121 Varick St., NYC

Bulova marked face has diamonds set into the raised numerals. I've never seen anything like it and it's probably just a non-conforming but I thought the possible link to Bulova via NYC was worth adding it. 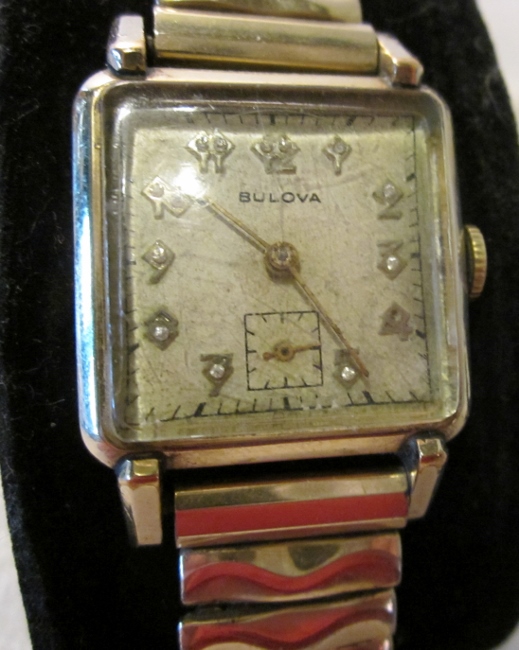 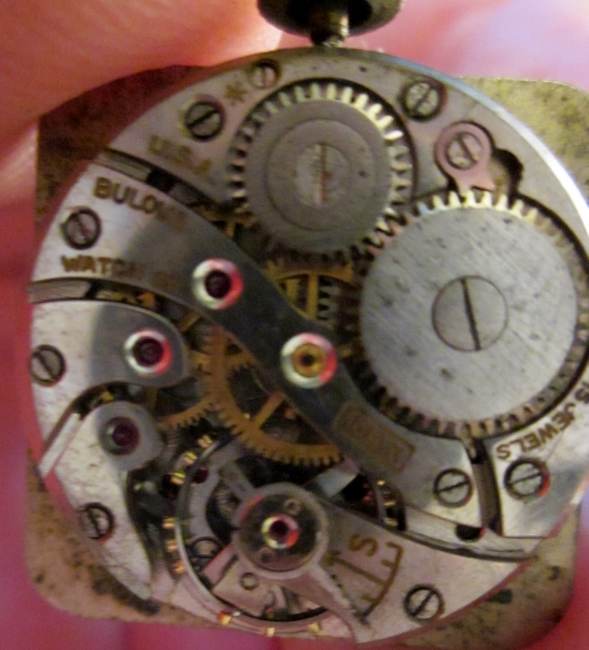 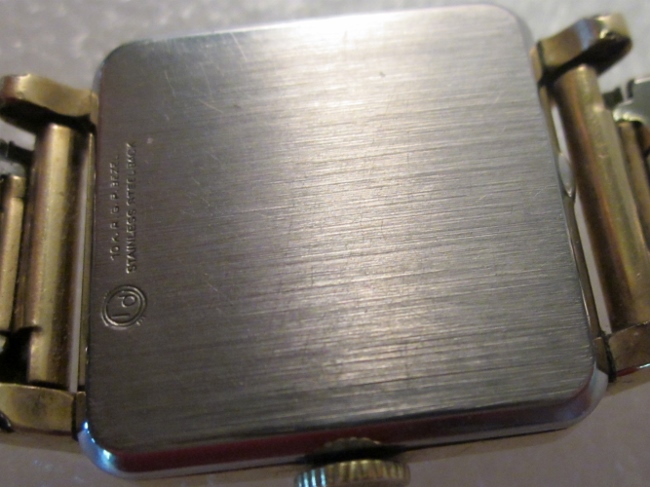 According to info I have, ID watch case co stopped production in 1942. I seem to recall that they had some cases that were offered as Bulova and other brand replacements, but of course I can't find the file or link now.

That is a very unusual dial, never seen one like it, we should definitely keep this record just for that.

Possible both after market case and dial. Cool diamond dial design all the same.