This 10k GF watch has two diamonds at the top and bottom of the bezel.  Two similar watches are listed on site.

The advertisement I posted above appeared with the above mentioned 1937 non-conforming model. The ad shows a Roman numeral dial with a 21J movement and a whopping $57.50.

My watch has the Arabic dial with a less expensive 17J movement.  I suggest that Bulova made my watch as a more ecconomical version of the watch in the ad.

I would also like to suggest that this watch be called (for now-until we have a new ad) an "Unknown Variant" from 1937 or early 1938. 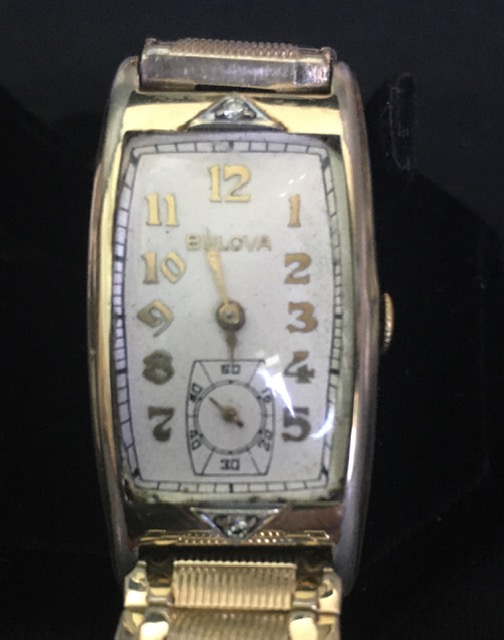 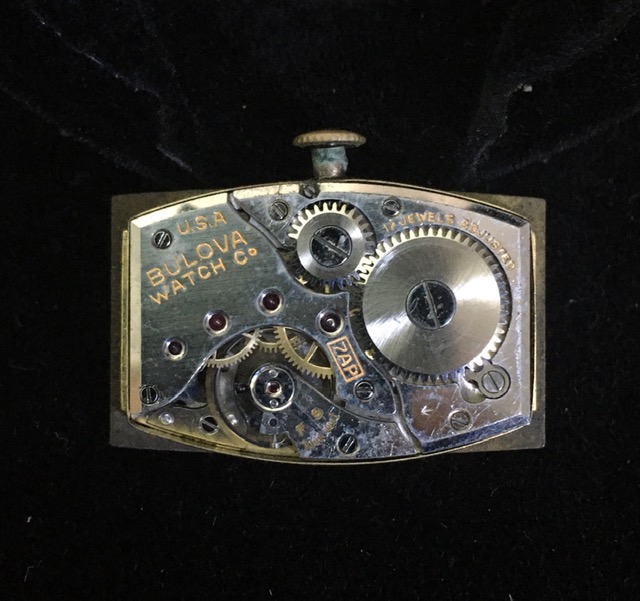 I just realized that the watch in the ad has no second hand.  That sort of puts me back at square one as to what this is.

Hi Dennis - the first watch you refer to is Non Con because the dial and movement don't seem original. The second one just didn't make sense at the time but we still called it a Minute man. I still think it's and Unknown and for the same reason I think yours should also be an Unknown. I like the watch, it's classy.

Great looking watch. By repetition (3 same cases in database), it appears to be a legit Bulova model as represented, but at this point without an ad, I have to go unknown as well

EDIT: 3/23/20  Ad above clearly shows what appears to be subject watch case with diamonds, but no seconds sub dial and different indices. Unfortunately it isn't named in the ad, so we have no way to know if subject watch is a variant of ad watch or even a different model name from the ad.. Hopefully we will eventually find an ad naming the watch. Alas, until then it's a

Agreeing with 'Unknown' for now. Without the diamonds it would be a Minute Man, but as is and with a number of other examples in the dbase it could be something entirely new.