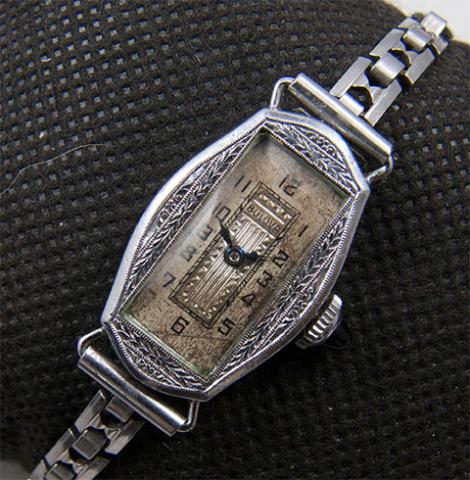 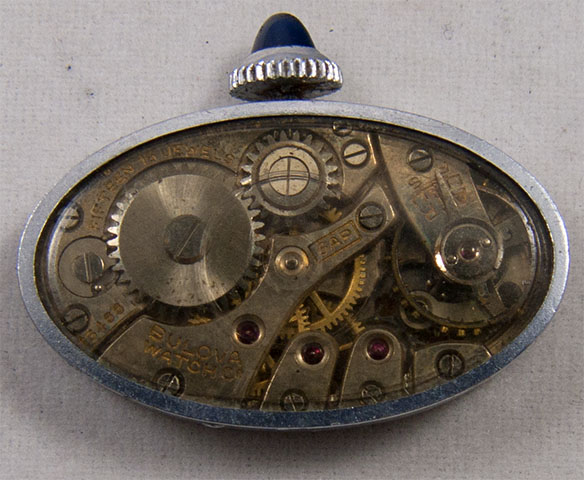 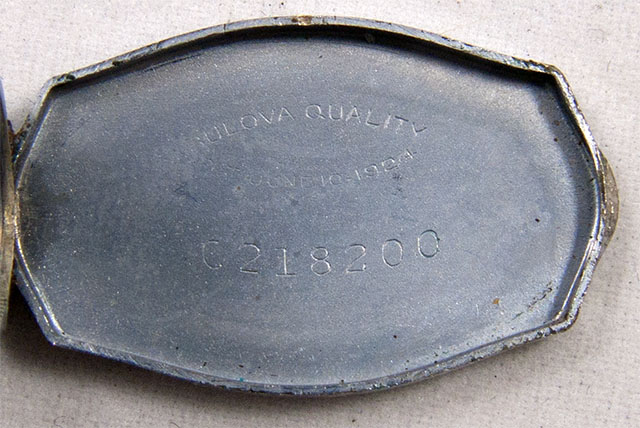 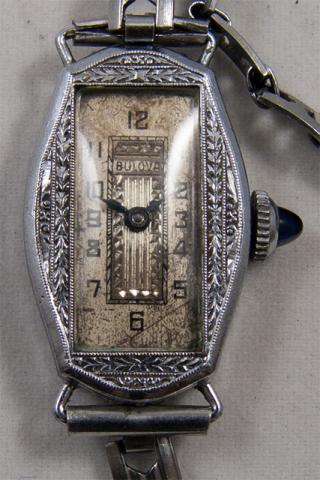 A nice Prudence. And there is a lot to tell about it!

Firstly, it was (one of) the first watch with a "window" i.e. the window you look through at the dial has a different shape than the watch. In this case, the window is a rectangle, while the watch shape I call "double barrel". This innovation was first introduced in 1925, the first year we have an ad of this Prudence. The Prudence was heavily advertised during 1926 and then we have one last ad in 1927. Then it stops.

Secondly, you don't find them a lot nowadays. Maybe because it was an expensive model at the time and as a result might not have been sold a lot. The price was US$37.50 for a gold filled model. For reference, the gold filled Baroness with cut corner shape and introduced in 1926 cost US$28.50. Also the tonneau shaped Princine cost US$28.50 as from 1924. So, expensive indeed.

Lastly, the subject watch is from 1930! I have never seen a Prudence from such a late date. It stretches the availability of this watch from 1925 to 1930, a full 6 years! By 1930, the dials of Bulova were redesigned slightly, which is visible in this watch. The earlier Bulova dials featured bigger numbers and the 6 and 12 numbers were bigger than the other numbers. In this 1930 watch, the numbers became smaller for all 12 digits, and the 6 and 12 have now the same size as the other numbers.

Prudence... man you stalked these all didn't you?  Great finds... I really dig this era.

All your missing is a Baroness.

yeah now I focus on women's watches from the twenties and thirties, Baroness I've got here :)

thats a very nice watch. I have consentrated on  women´s watches from the 20s n 30s to. but I have mainly done so for Elgins . I have quite a few Bulovas but I find the Elgins of that era seem to have better designs.

I also have several Elgin watches, but I stayed faithful to the brand Bulova, because the founder of the brand comes from my own country. Over the few years that I've been collecting them amassed a decent collection of Bulova history.

The only problem I seem to have with the Elgins is naming them . One can date them very easily but unlike the Bulova models I have found it hard to find out the model names.

I have them from 1913 through to 1949 . some of the later ones have names, but the earlier ones only seem to have grade number