I'm not ashamed to say this one has me mystified. When I bought it, I was sure it was a Men's Douglas, based on overall dimensions (35MM x 23MM) and lug side profile. Once in hand, it's not a Douglas. The engraving pattern on the top around the crystal is a dead match to the Ladies Sport Watch Magnolia. A small flower shows at 12, 3 , 6 and 9. I went as far as counting the leaves chevrons on Magnolias in the database. Count and corner 45 degree pattern transition is the same.

The Magnolias in the database display a round movement, this one is a 13AF and barrel shaped with a dust cover. Case movement holder is a perfect fit to the movement, as well as the casing. Back is marked with the 1924 dust cover patent as well as serial number and "Bulova".

The side engravings match neither the documented Douglas or Magnolia, however, I find a Douglas with a 13AF movement that does match, and the placement of the seconds hand is correct, while the Magnolia shows the seconds shaft closer to the center shaft and showing the bottom of the "6" on the face.

My theory is that in late 1929 or early 1930, Bulova was experimenting with the short lived 13AF and it had limited use in several watches including the Lone Eagle. Lone Eagles with a 13AF movement had; almost to the watch, the stubby hour hand. When you are looking at them, the unusually short hour hand is almost always a give-away.

Lug profile on this watch matches the Douglas and top engraving matches the Magnolia. I put forth the theory that Bulova used the same casing for both watches on a limited basis in 1929 and 1930, changing the Douglas face engraving to be a Magnolia and side engraving to match neither, except possibly others with the 13AF installed. Changes being to adapt for the new movement..

Ad included is dated 1927 and the latest one I could find.

Well, that's my take on this one, I believe this to be a short lived version of the "Ladies Sport Watch" Magnolia.............panel? Ever seen one? 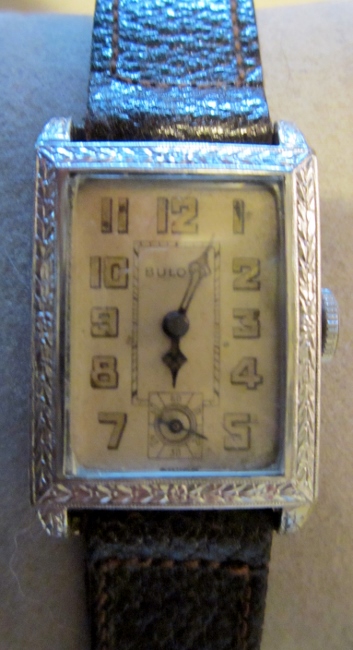 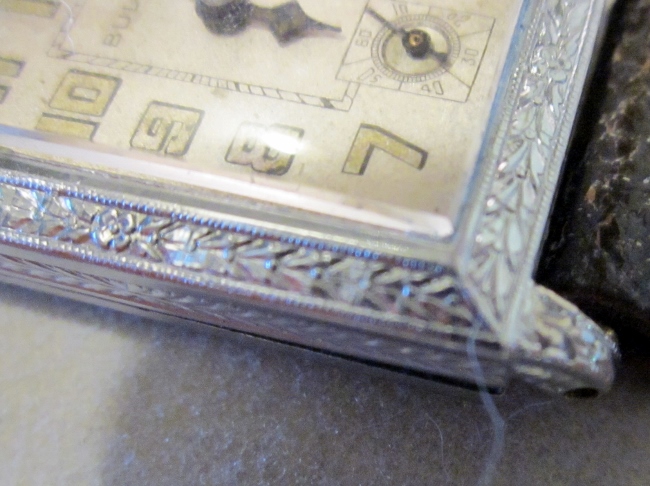 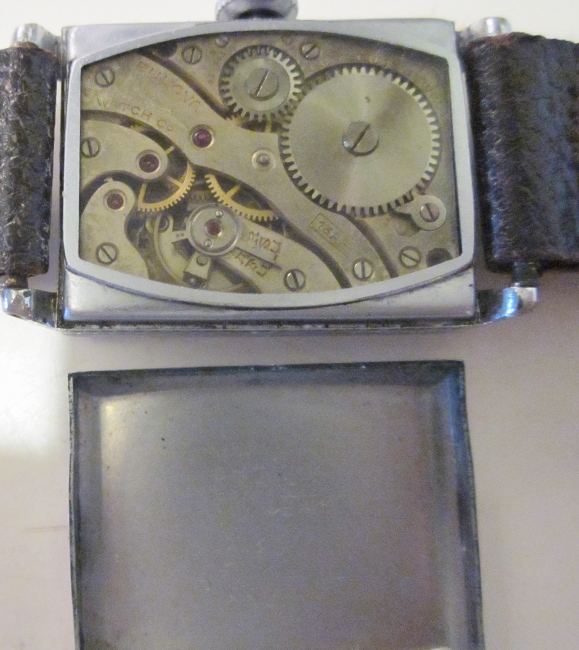 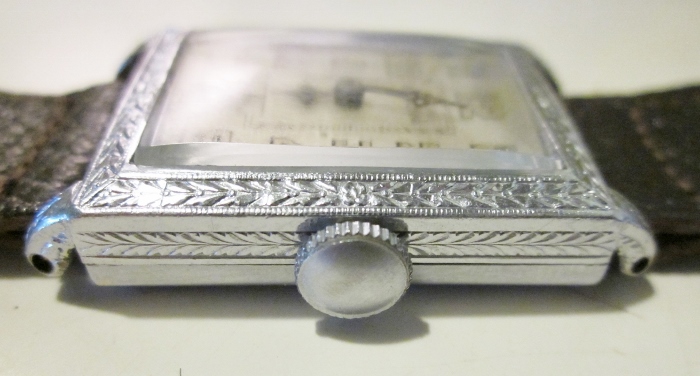 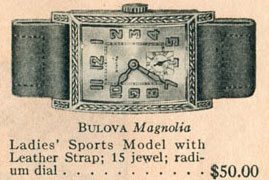 That is a great looking watch.  I would say it is a Magnolia.  As you say they might have changed movements at some point.  Nice find.

Everything points to a 1930 Magnolia.  It is possible there was a movement change by Bulova during this period but the case seems to be a perfect match.