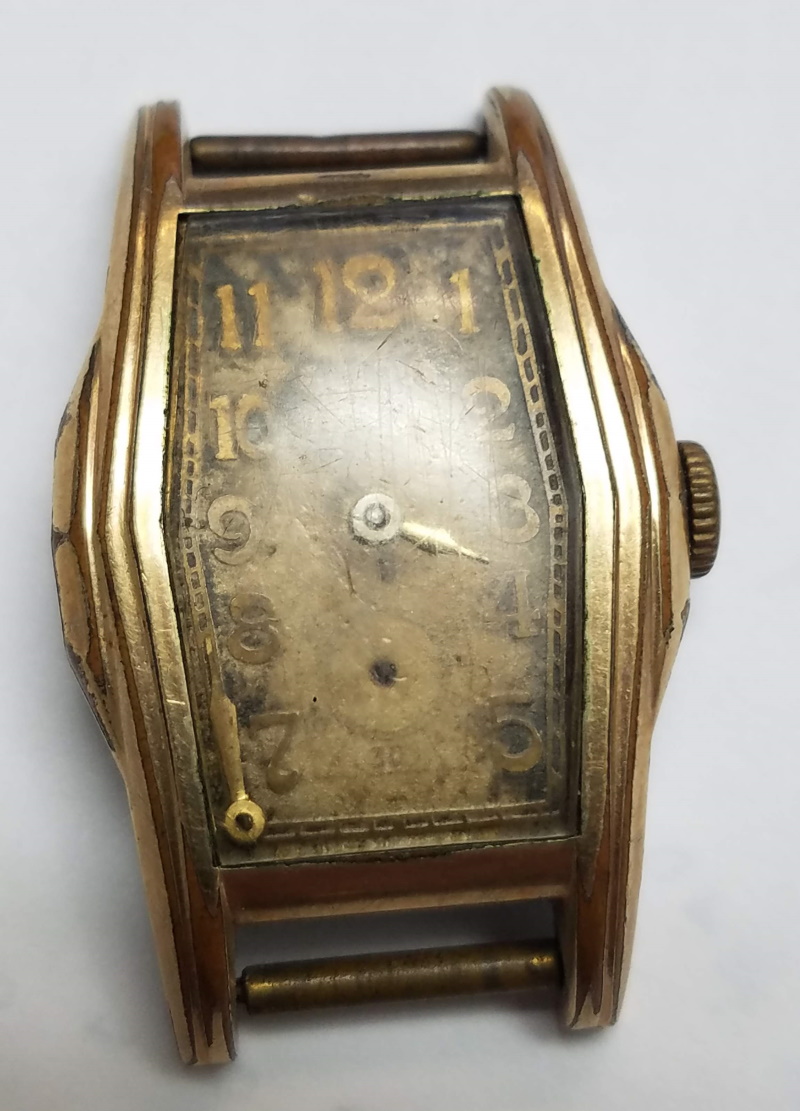 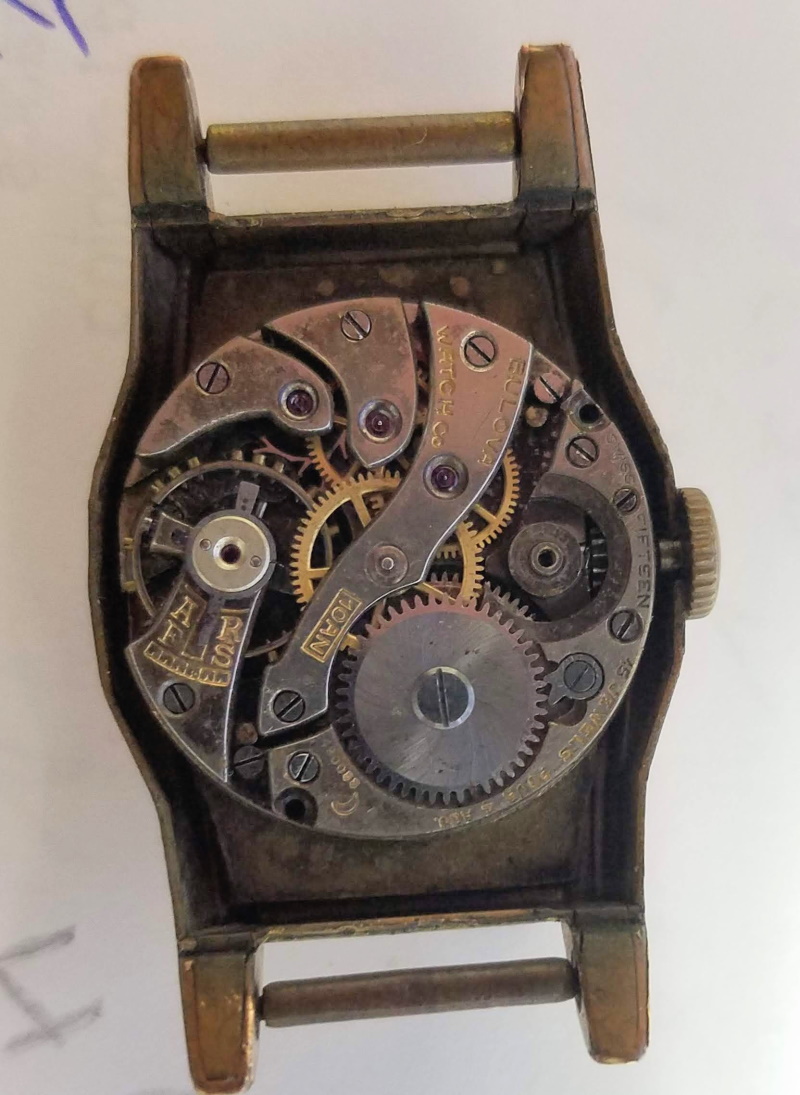 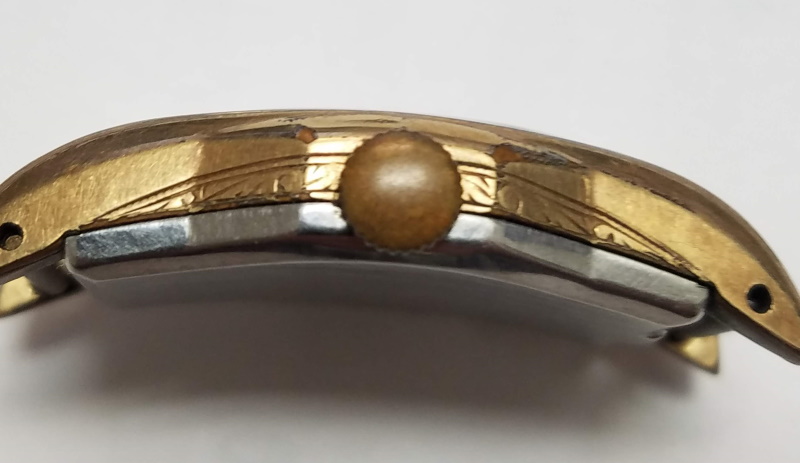 The crescent moon shows to be 1928 or 1938. Also looking for someone who would be able bring this watch back to life..

Neat watch, are there any stampings on the inside or outside of the case back? Looking for Bulova and serial number.

Base Metal Stainless.. N with a rectangle around it

1921-somemark A - human made marks again. Somemark looks like a square or o. Might try with magnifying glass when I get home.

Not worried about value, probably doesn't have much, but history. I am going to  look for someone who might be able to rehab it.

Without seeing the markings, it sounds to me like a replacement case made by some company other than Bulova.

The movement has a serial number, which would date it (along with the crescent stamp) as 1928. The style of the case says mid 1930's, but I don't recognize the case or face as being Bulova. My initial reaction based on the info I currently have is that the movement is indeed Bulova, but the case and face were purchased as a kit to rebuild a damaged watch.

We classify such combinations as "non-conforming", meaning they can't be assigned a model name as major components are non-Bulova replacements.

Makes sense. Which makes me wonder whether or not to spend much effort getting watch repaired.

What we call a non-conforming watch that is made up of non original Bulova parts....in this case....the case.

There looks to be a fair bit or work involved to restore this one, so I would recommend passing on getting it repaired/restored.

I agree that this is a Non-Conforming watch