Hinged Caseback is stamped as shown.

Date of manufacture is speculative. 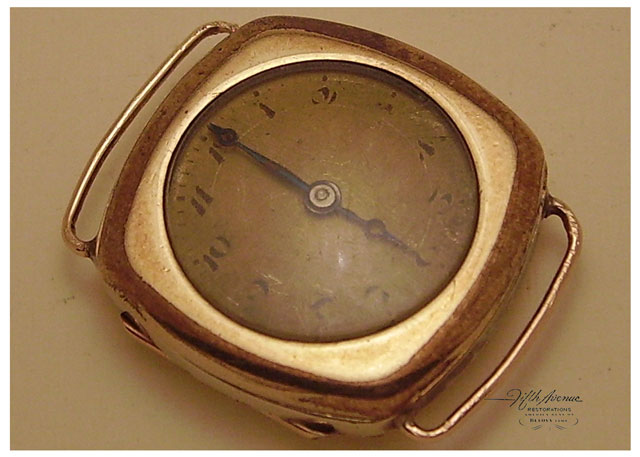 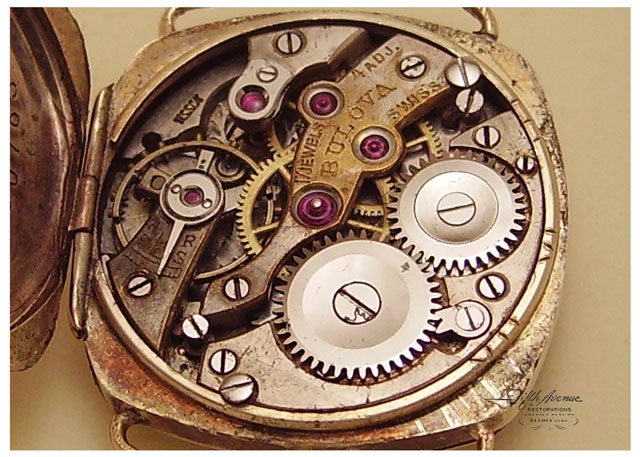 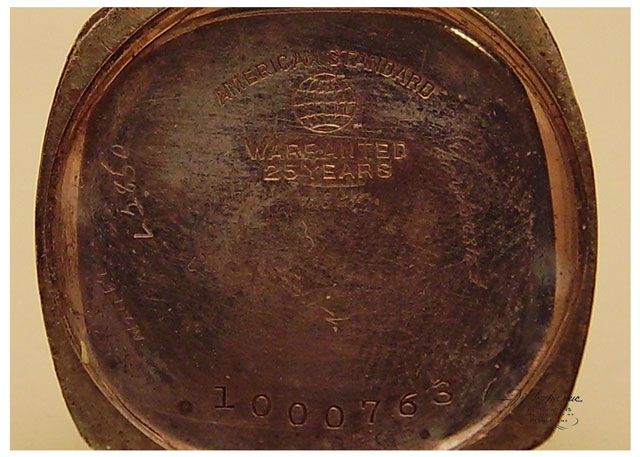 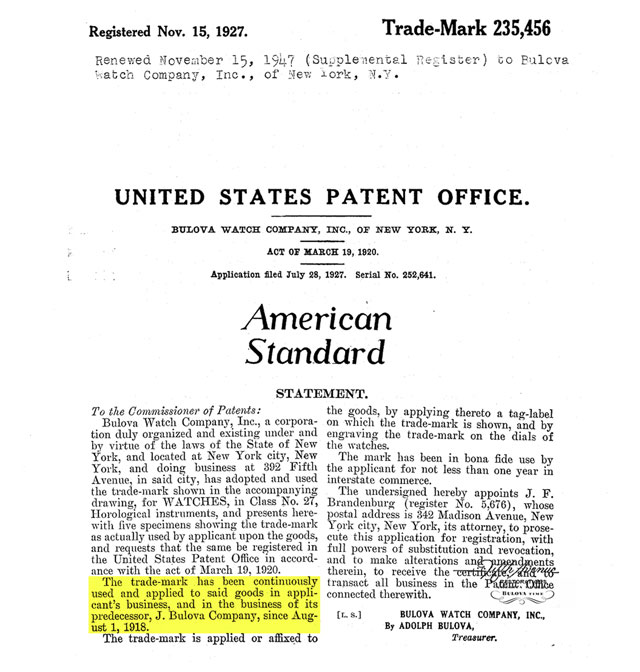 Interesting.  That would be a wierd break between serial numbers for two different cases/production runs.  If American Standard has set up a run of one case w/ a range of SN's, and a different case run w/ other numbers, I certainly wouldn't think their range break point between the two runds would start at 1000763.

Those numbers must mean something other than production runs.

The different logos Shield V Globe has to mean different dates, maybe only as little as months, but this shows we can't compare case serial number methods with other companies like Waltham or Elgin.

I don't think it does.  As a matter of strong opinion, and following suit of production methods of other watch makers, bicycle makers, vacuum machine makers, jewelry makers, candy bar manufactures, etc...,  I think they must be associated with production runs at minimum.  Otherwise how would those stamping the cases know which numbers to use?  We don't see duplicates in any of these case SN's.   Models could be assigned SN's in order , as evidenced by  most other case examples BUT there could be breaks in sequential ranges between models.  This one outlier we are discussing doesn't prove its out of order.  Its just a weird break. One example we would all like to explain.

There could be three "consecutive ranges" of serial number assigned as below:

This would account for a break in sequential ranges between models.

It's not like they said, "OK everyone, lets start making these cases and stamp them with what ever serial numbers you want".  Groups of numbers- in ranges- were assigned, and there was orchestrated order to these assignments, as evidenced by no duplicates.  In our database, many, if not most case SN's ranges have a correlation with case types/models, and we have an interesting outlier here which we are now discussing. We have other "sequential ranges" between models which are non-sequential within one model, but that's explained by my "Joe, Mike, Jane" scenario.

With or without seeing any look-up tables or Bulova production records or "hard evidence" if you will - I'm pretty sure Bulova followed the industry-wide or even manufacturing-wide standard protocol for production versus come up with some numeric system of there own  AND then talk their various case maker contractors to adhere to this non-standard system.

It flyes in the face of manufacturing protocol acrosss the board.    But still- how do we explain this one case style number break?

At minimum, serial number ranges are assigned to production runs.  It is the world wide SOP, otherwise, these numbers make little sense.   They could also have other meanings- like the first digit corresponding to year of production with a decade, as we see is true, and still follow this assigned range for production.

I like the notion Will makes great sense, but how do we explain this senerio with two entirely different watches with serial numbers only one apart?  The Globe and Shield throw a further spanner in the works. How to explain this? Think more about this I will :-)

A quick thought, maybe the last number is the factory/location number.

To follow up on this though. An example if I may:

That would need ten case-making factories, or ten machines making cases. Very doubtful pre-1923. I've checked sn's from 1918-1922 on this site alone, more than thirty examples and we have the full digit run from zero to nine covered as the last numeral.

Not neccessarily if a factory was designated 2 or more numbers.

I reaching out on a limb here and throwing things out there to see what sticks. I'm also reviewing all the early '10xxxxx' and '11xxxxx' case numbers to see if I can find a pattern.

I still like Will's idea of factory/workman/station. For quality control porposes, having a meaningful serial number that pointed to the guy/gal/machine on the assembly, line in case of a fault, would certainly help narrow down the issue and correct it.

I'm still thinking all this through too. That one number break sure is surprising, but it is real- what ever it means.

I totally agree Will, its really got me thinking. It's the first real example we have that suggests how Bulova manufactured these early cases...but what???