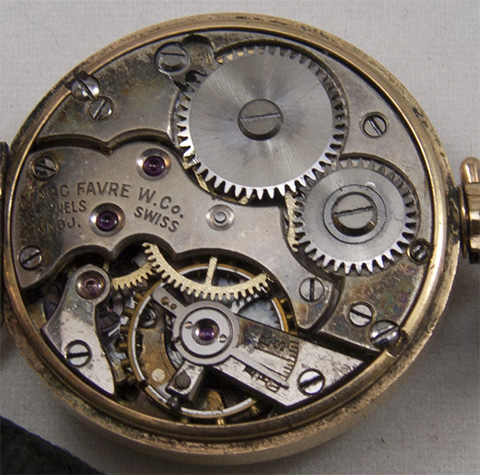 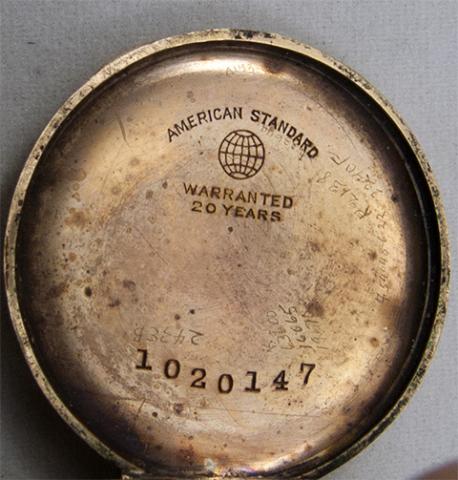 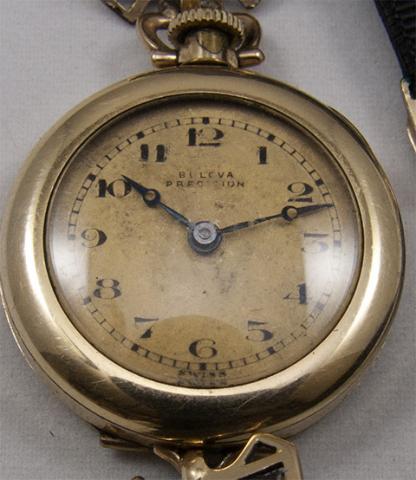 Very unusual to see the Favre movt without the Bulova engraving also, these are very uncommon. To date we have no ads and little or no information about these. The only other examples I have seen had a different case design, double signed. Marc Favre had a close association with Universal, and lasted into the 50's, but some Favres are also Gruens, and by that I mean Gruen made them and Favre used them. Bulova sourced these ebauches through Favre, which is why you won't find Gruen in the list of ebauches Bulova purchased. This does not look like a Gruen (Aegler) to me, but an examination of the dial side, in particular the keyless works fingerprint, will tell you exactly who made this movt.

Bulova made their own in house movts around this time also, but they were pocket watch movts produced in Biel. They certainly had the capacity to make smaller movts, but I don't recall whether we ever found any evidence of this? Maybe someone else can chime in here..

Favre watches often appeared around this time with unmarked dials also, (This was common for a lot of brands) and Favre movts are seen  stamped as 'Marc Favre Precision'. Obviously they had a brief but close association with Bulova around this time.

These watches are certainly a curiosity, we have examples from the same period and older that always have the Bulova signature on the movt, so why this was deviated from is anyone's guess.

This is a remarkable little watch Jaroslav. I imagine that silk strap has been on it almost since it was created. To find it with all the clips and clasps is amazing.

Not sure what I'd ID this as, I don't believe we've used "Bulova Precision" in the past.

Very cool. Very rarely do we see a 'Precision'. Looking at the case markings and serial numbers its dated around the same time as the Rubaiyat's.

Quite possibly the first model to have 'BULOVA' stamped on the dial....just a thought.

Wow.....well.  Favre without Bulova on movement.  Wondering if this movement was made for Bulova or if this is an old marriage or mvnt swap?
I'll go two ticks tentative as ID'ed.