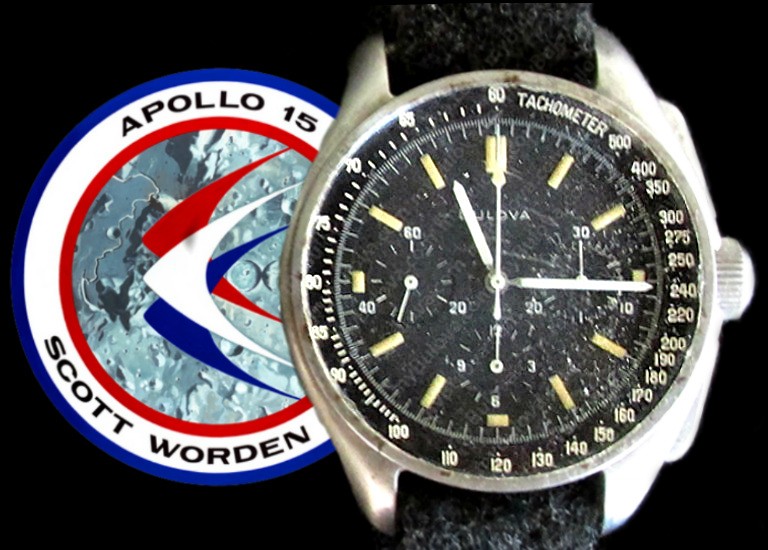 In February 2014, before the public knew of the existence of this watch, myBulova.com sent an email to the owner Dave Scott, requesting permission to release the first photograph of the Bulova chronograph wristwatch worn by Commander Scott during the Apollo 15 mission on the surface of the moon.

It was with great pleasure and delight that on March 21 2014, myBulova.com was the first website in the world to publicly acknowledge the existence of this watch, the first and only Bulova watch to be worn by an astronaut on the surface of the moon. 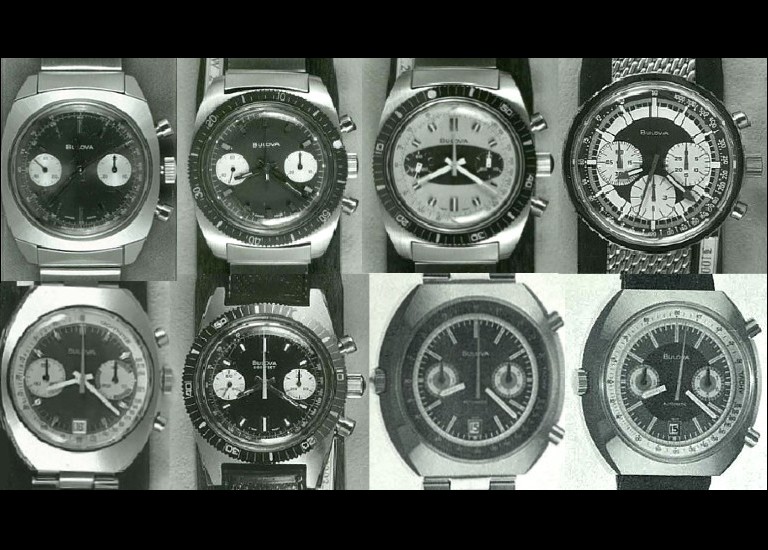 In the early 1970s Bulova produced a number of iconic Chronograph watches. These original 70s timepieces are highly sort after by vintage watch collectors with a number being reintroduced into the modern day market as part of Bulova's 'Archive Series', ready for a new generation of watch enthusiasts to enjoy.

See extracts from the original Bulova Line Books from 1970 through to 1973, showcasing these incredible chronograph and deep sea chronograph watches, including the famous Bulova Stars & Stripes and the newly re-released Bulova Surfboard. 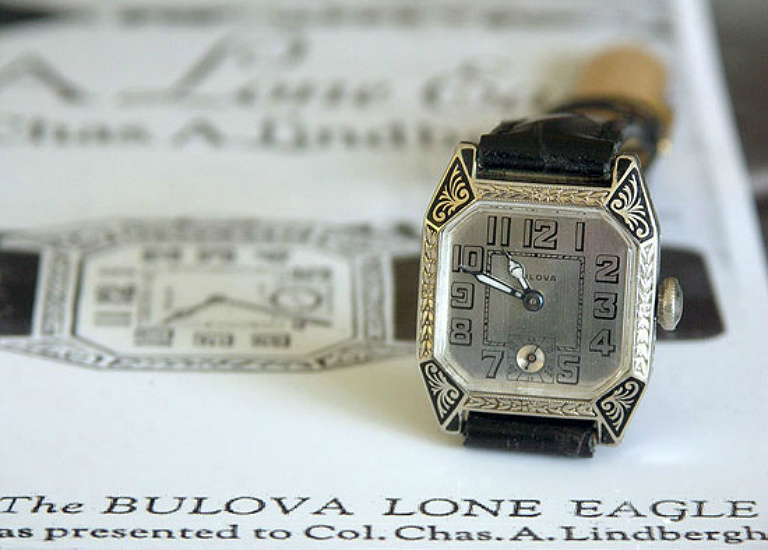 The 'Bulova Lone Eagle' watch was first released on June 17, 1927. Read the first ever full story published online that focused on the history of the Bulova Lone Eagle watch series.

See a timeline of events that looks at the key dates surrounding the Bulova Watch Prize, the watches given the Charles Lindbergh and the eventual release of the now famous and highly collectable 1927 Bulova Lone Eagle watch. 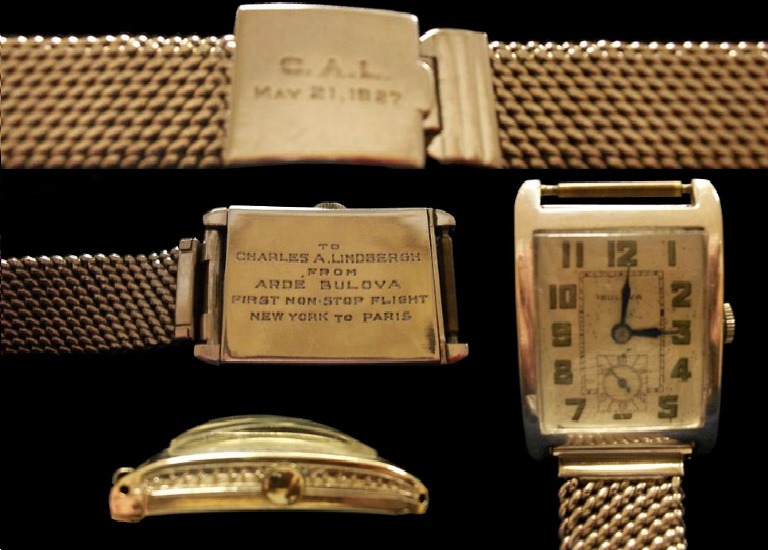 On June 11 1927, upon his return to the US aboard the Memphis, the Bulova Watch Company presented Charles A. Lindbergh with a Bulova watch and the $1000 Bulova Prize money for making the first non-stop flight from New York to Paris. 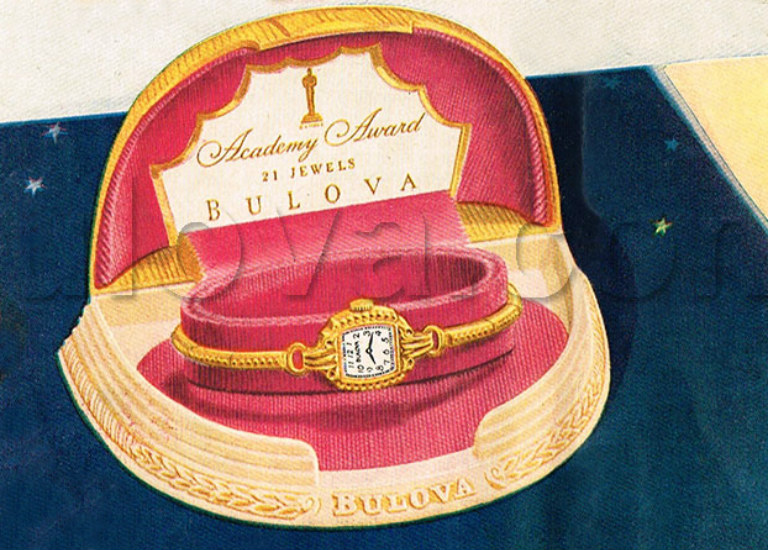 From 1950 to 1954, Bulova sold a collection of both mans and ladies watches called the "Academy Award". The series was a huge hit for Bulova, but also a legal nightmare.

Read the amazing story behind the famous Bulova Academy Award series and see the many varied models Bulova produced over its four year lifespan. 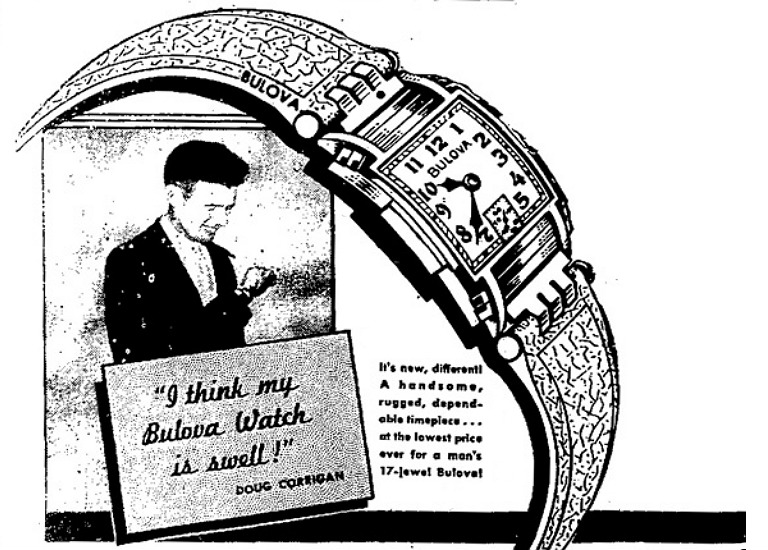 After applying for permission for a trans-Atlantic flight several times and being denied, Corrigan (of Irish descent) took off on July 17, 1938 from Floyd Bennett Field in Brooklyn, New York with a flight plan filed to return to his home in California.  He later landed at Baldonnel Airport, in Dublin, after a 28-hour, 13-minute flight.

After receiving a severe backlash from U.S. flight officials, Corrigan claimed he accidentally flew the wrong way, and stuck with his story.  Thereafter he was dubbed "Wrong Way" Corrigan. 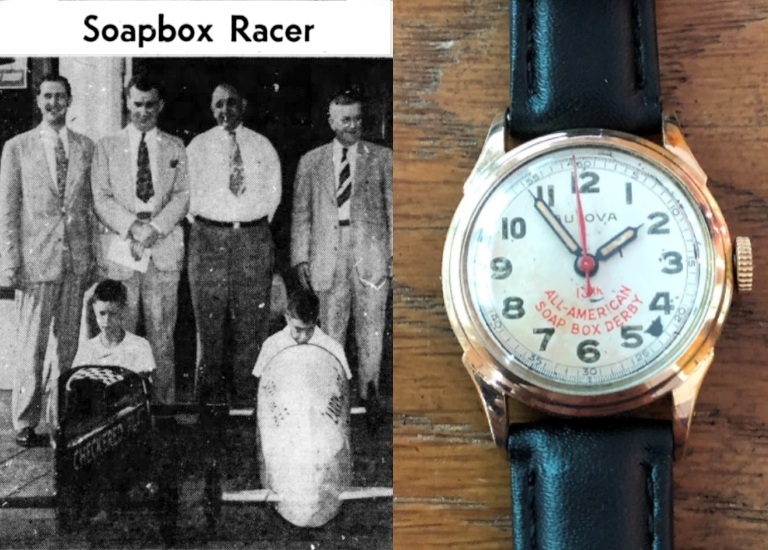 The Story of a Boy, A Soap Box Racer and a Bulova Watch

In 1950 a young boy named Tom Paules won the York PA Soap Box Derby and was presented with an engraved Bulova Watch by Chevrolet Motor Company.

Seventy years later the long forgotten watch turned up at a yard sale and how a vintage watch collector uncovered its story and brought history back to life.

Read the full story and take a walk thru a small boys life in Mid Century America where a championship run in a York PA Soap Box Derby provided an amazing adventure and how this wonderfully engraved Bulova Watch found its way to MyBulova.